Carbon dioxide, CO2, is a colourless and odorless gas. It is relatively nontoxic and noncombustible, but it is heavier than air and may asphyxiate by the displacement of air.

When CO2 is solved in water, the mild carbonic acid, is formed. Cooled CO2 in solid form is called dry ice.

Chemical, physical and thermal properties of carbon dioxide:
Values are given for gas phase at 25oC /77oF / 298 K and 1 atm., if not other phase, temperature or pressure given.

Follow the links below to get values for the listed properties of carbon dioxide at varying pressure and temperature:

Carbon dioxide is a gas at standard conditions. However, at low temperature and/or high pressures the gas becomes a liquid or a solid. 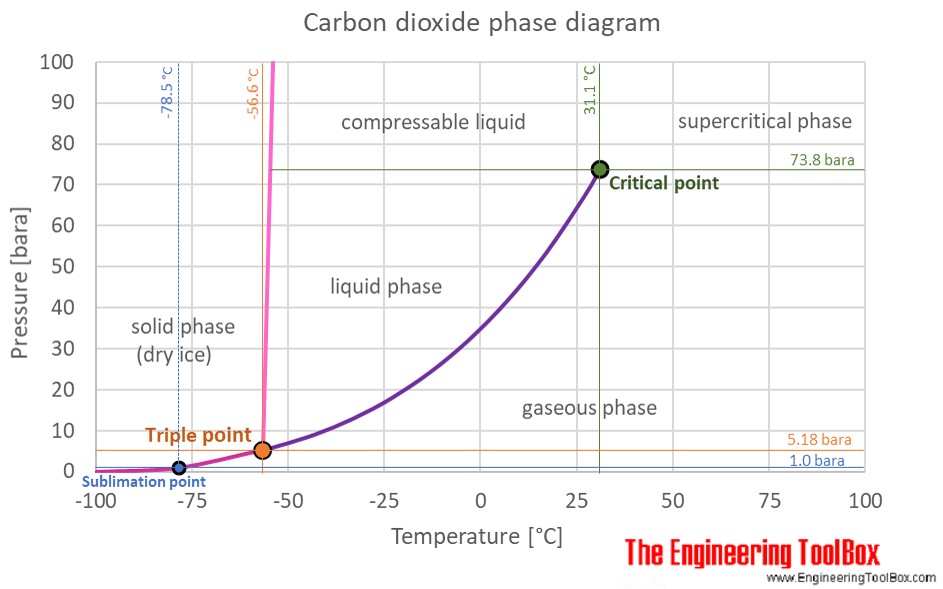 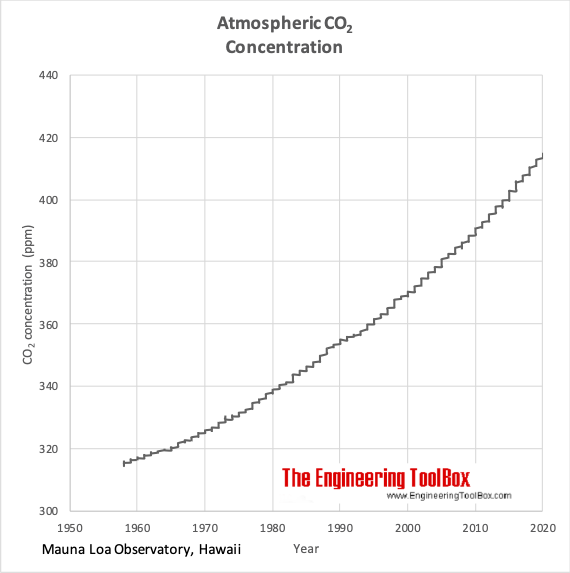