Benzene, C6H6,  is a clear colorless to light-yellow liquid, flammable with a petroleum-like, aromatic odor.

Benzene is less dense than water and is slightly soluble in water. Hence it floats on water. Benzene vapor is heavier than air. Benzene causes central nervous system damage acutely and bone marrow damage chronically and is carcinogenic. It was formerly used as parasiticide.

Benzene is present in crude oils and is a product of oil-refining processes. There are limitations on the content of benzene in gasoline. In industry benzene is used as a solvent, as a chemical intermediate, and is used in the synthesis of numerous chemicals.

The phase diagram of benzene is shown below the table.

Chemical, physical and thermal properties of benzene:
Values are given for liquid at 25oC /77oF / 298 K and 1 bara, if not other phase, temperature or pressure given.

See also the following documents for changes in benzene properties with changes in pressure and temperature: 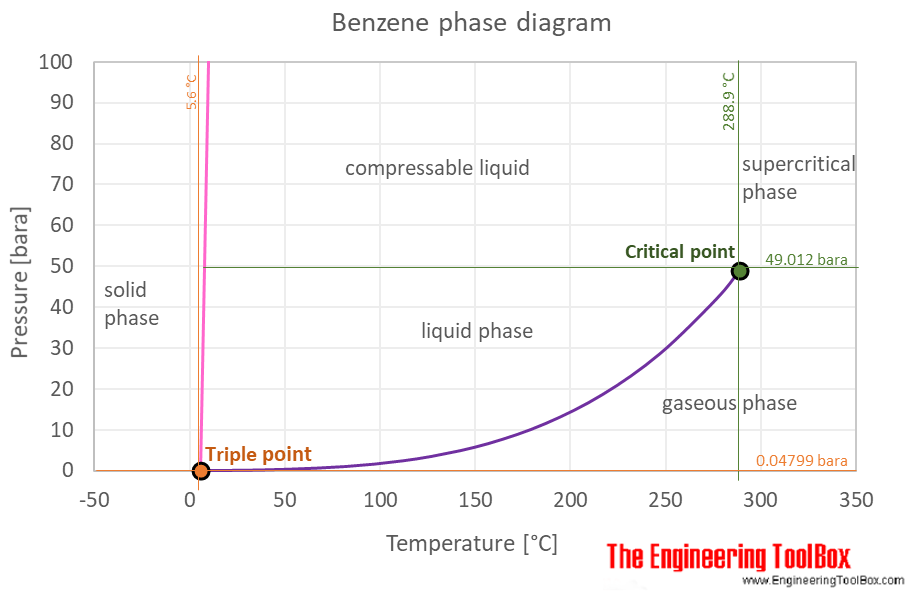