Toluene is less dense than water and is slightly soluble in water. Hence it floats on water. Toluene vapor is heavier than air. Toluene may be toxic by inhalation, ingestion or skin contact.

Toluene is present in crude oils and is a product of oil-refining processes, thus it is used in aviation and automotive fuels. It is also used as a solvent, and to make other chemicals.

The phase diagram of toluene is shown below the table.

Chemical, physical and thermal properties of toluene:
Values are given for liquid at 25oC /77oF / 298 K and 1 bara, if not other phase, temperature or pressure given.

See the following document for changes in toluene properties with changes in pressure and temperature: 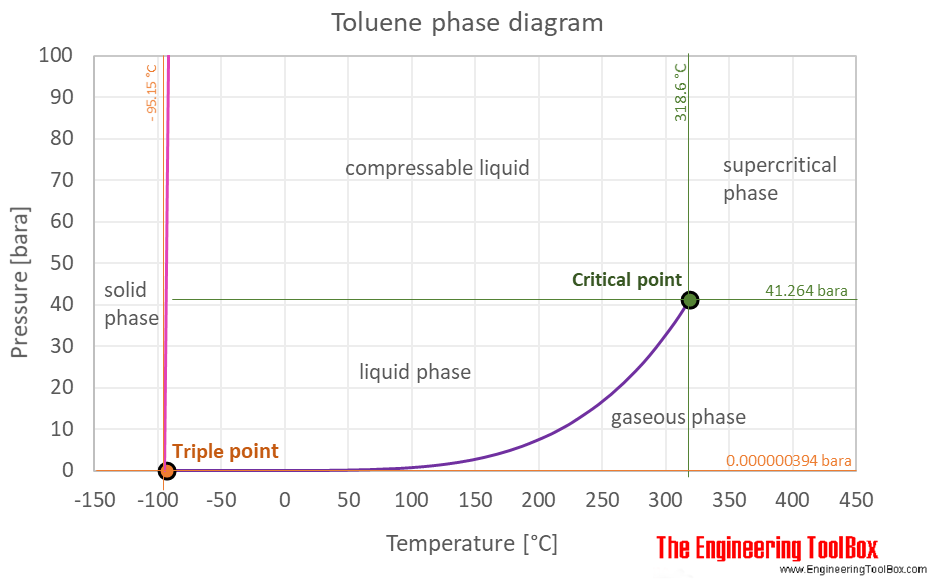