Carbon dioxide gas is produced from the combustion of coal or hydrocarbons, by fermentation of liquids and the breathing of humans and animals, and by volcanoes.

Carbon dioxide gas is colorless and heavier than air and has a slightly irritating odor.

Freezing point is -78.5 oC where it forms carbon dioxide snow or "dry ice".

Solubility of CO2 in Water 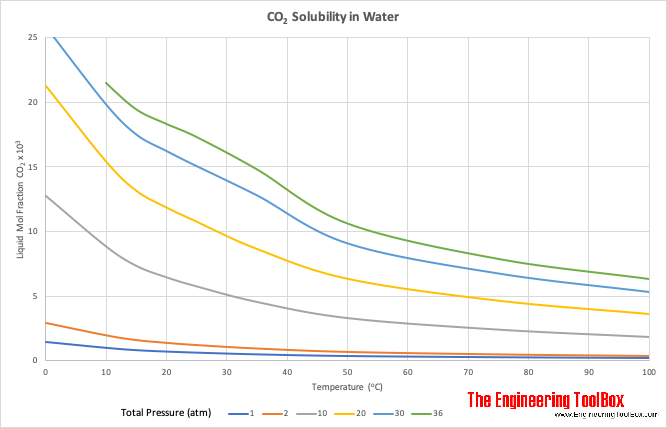