Diffusion flux [kg/m2s] tells how fast a substanse solved in another substance flows due to concentration gradients. Diffusion constants [m2/s] for several gases in water.

Fick's first law states that a substance will flow from region with high concentration to a region of low concentration. Fick's law can be expressed as 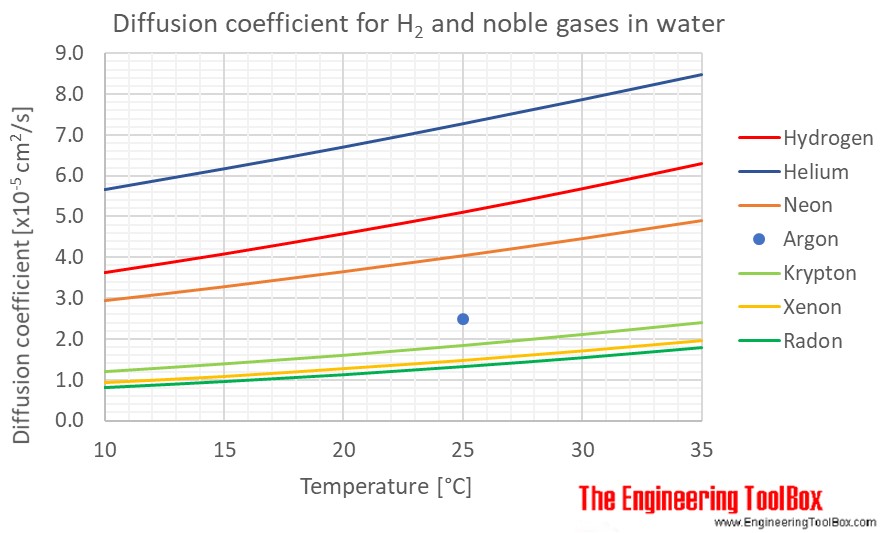 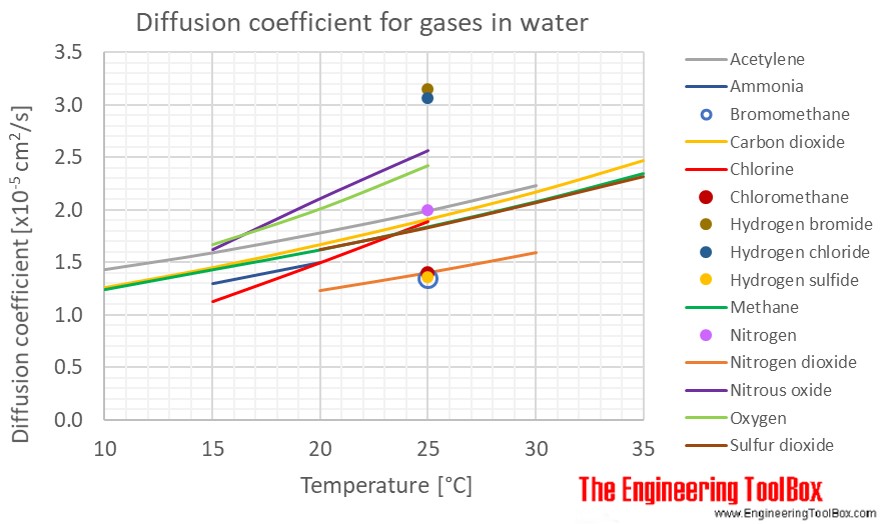