Gaseous nitrogen is used in food processing, in purging air conditioning and refrigeration systems, and in pressurizing aircraft tires. Liquid nitrogen is used to freeze foods, to preserve whole blood and other biologicals, and as a coolant.

Nitrogen is nontoxic and noncombustible, but it may cause asphyxiation by displacement of air. Liquid nitrogen is very cold and and contact may cause frostbite. Under prolonged exposure to fire or heat, nitrogen containers may rupture violently and rocket.

The phase diagram of nitrogen is shown below the table.

Chemical, physical and thermal properties of Nitrogen:
Values at 25oC (77oF, 298 K) and atmospheric pressure

Follow the links below to get values for the listed properties of nitrogen at varying pressure and temperature:

Nitrogen is a gas at standard conditions. However, at low temperature and/or high pressures the gas becomes a liquid or a solid. 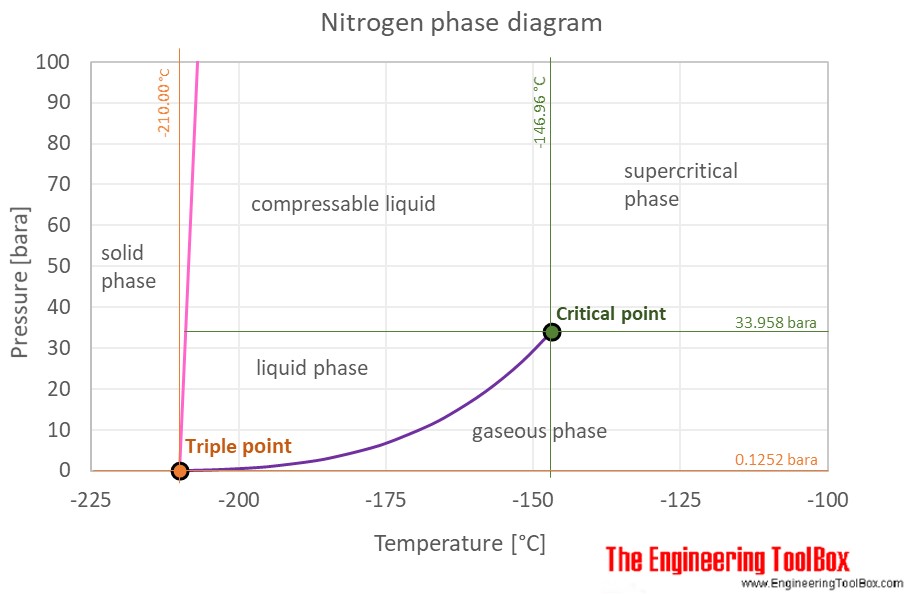