Hydrogen is easily ignited. Once ignited it burns with a pale blue, almost invisible flame. The vapors are lighter than air. It is flammable over a wide range of vapor/air concentrations. Hydrogen is not toxic but is a simple asphyxiate by the displacement of oxygen in the air. Under prolonged exposure to fire or intense heat the containers may rupture violently and rocket.

Hydrogen is used to make other chemicals, in petroleum refining and in oxyhydrogen welding and cutting.

The phase diagram of hydrogen is shown below the table.

Chemical, physical and thermal properties of hydrogen:
Values at 25oC (77oF, 298 K) and atmospheric pressure

Follow the links below to get values for the listed properties of hydrogen at varying pressure and temperature:

Hydrogen is a gas at standard conditions. However, at very low temperature and/or high pressures the gas becomes a liquid or a solid. 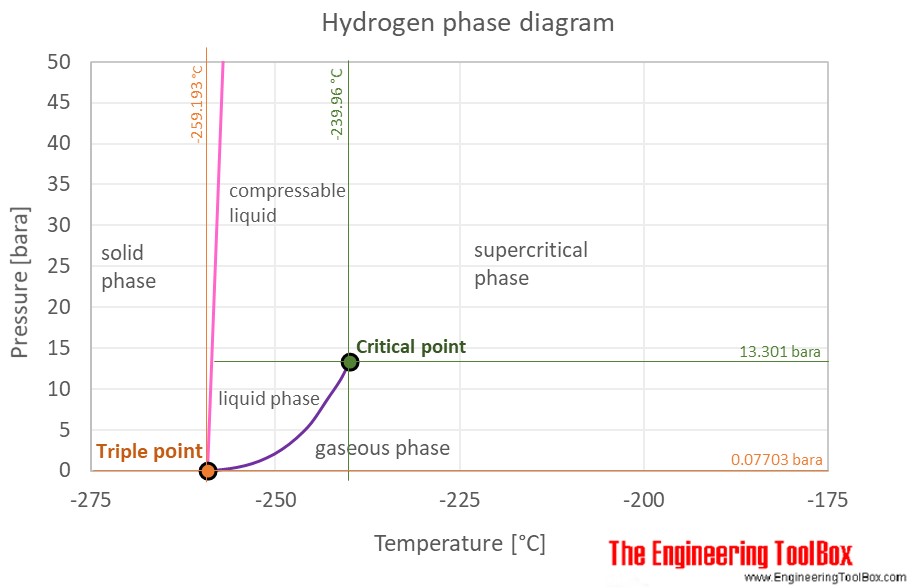