Pentane, C5H12, is a clear colorless liquid with a petroleum-like odor. It belongs to the organic class alkanes, and is naturally present in crude oils and condensates. It is a component of some fuels and is employed as a specialty solvent in the laboratory.

The boling point 36°C/97°F, and the vapors are heavier than air. Both the liquid an the vapor are flammable.

The phase diagram of pentane is shown below the table.

Chemical, physical and thermal properties of pentane:
Values are given for liquid at 25oC /77oF / 298 K and 1 bara, if not other phase, temperature or pressure given.

Density of pentane with varying temperature and pressure 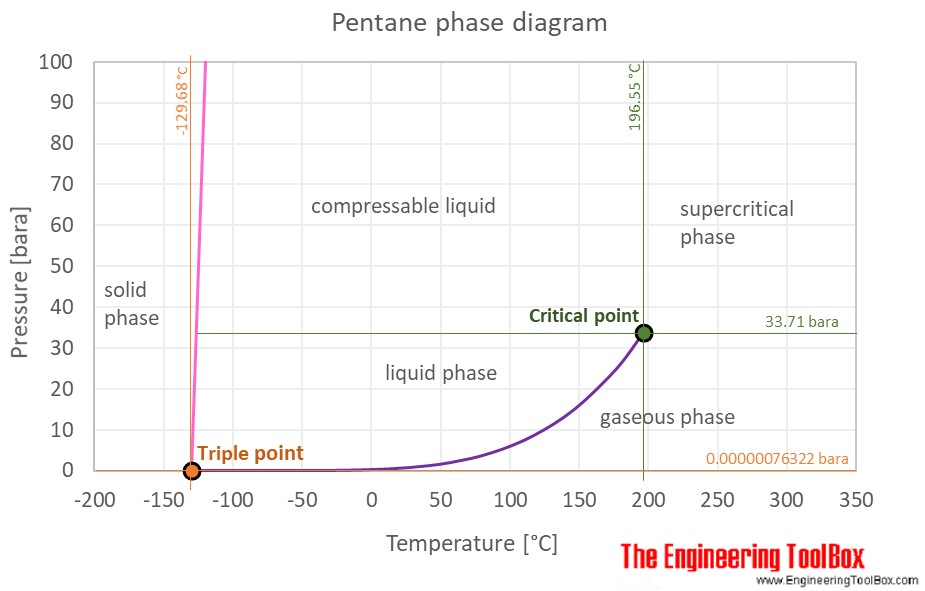