Below, Prandtl numbers for carbon dioxide at varying temperatures and pressures are given in figures and table. 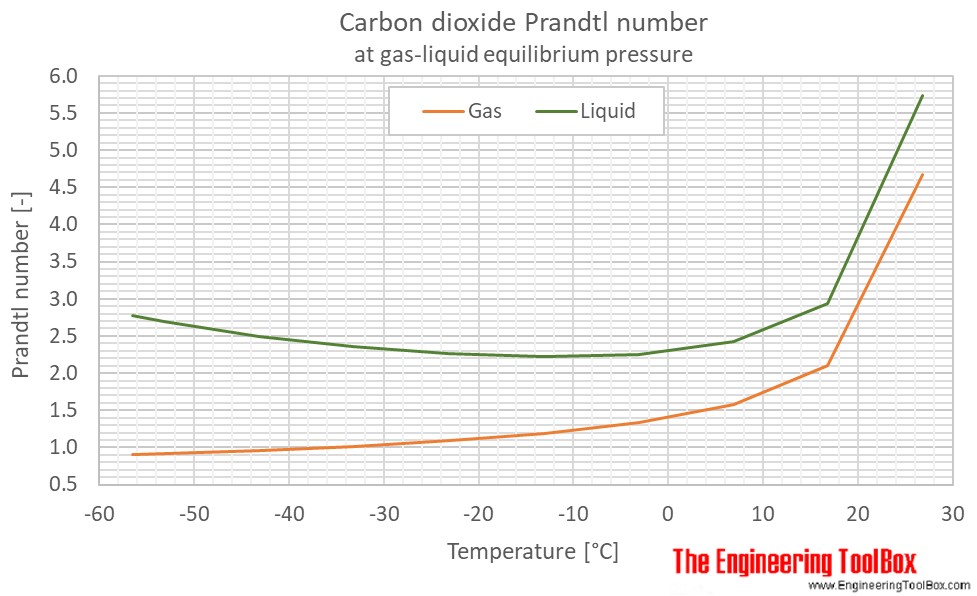 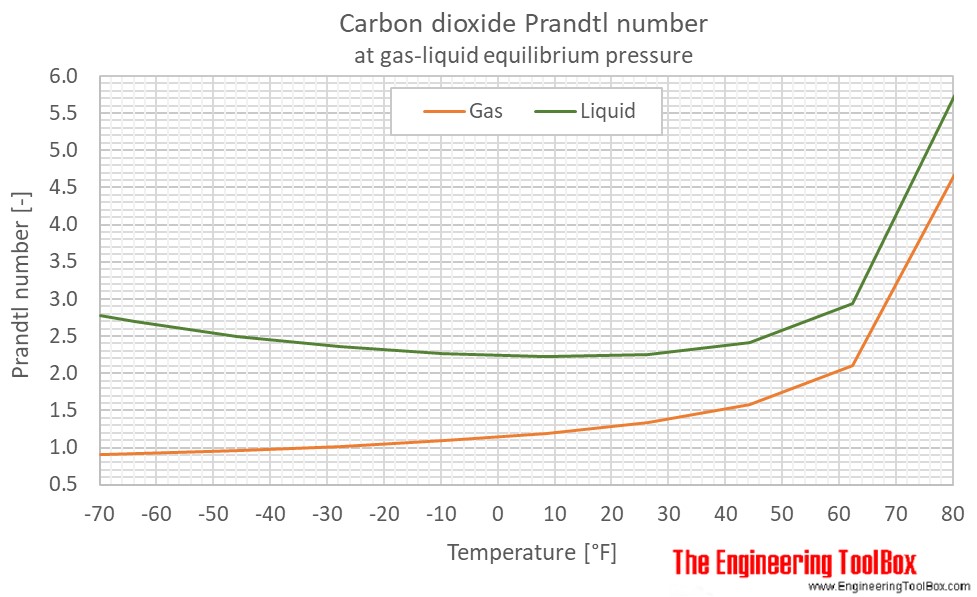 Carbon dioxide Prandtl number at atmospheric pressure, temperature given as °C and °F: 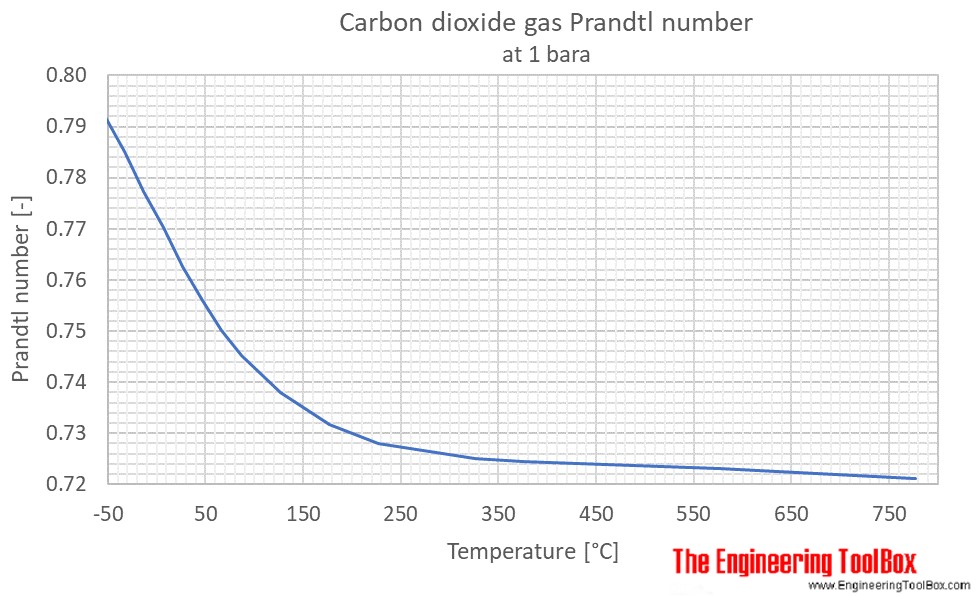 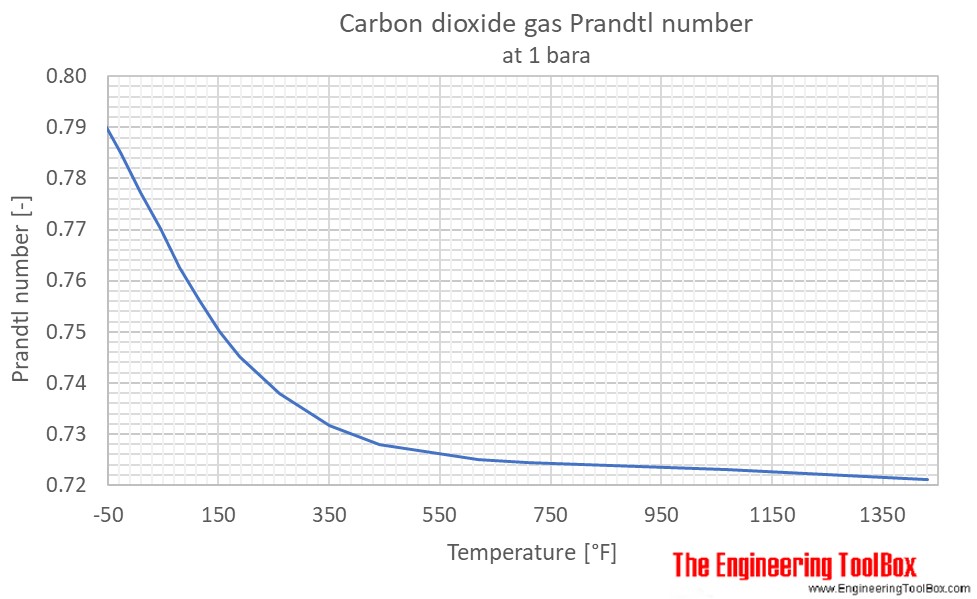 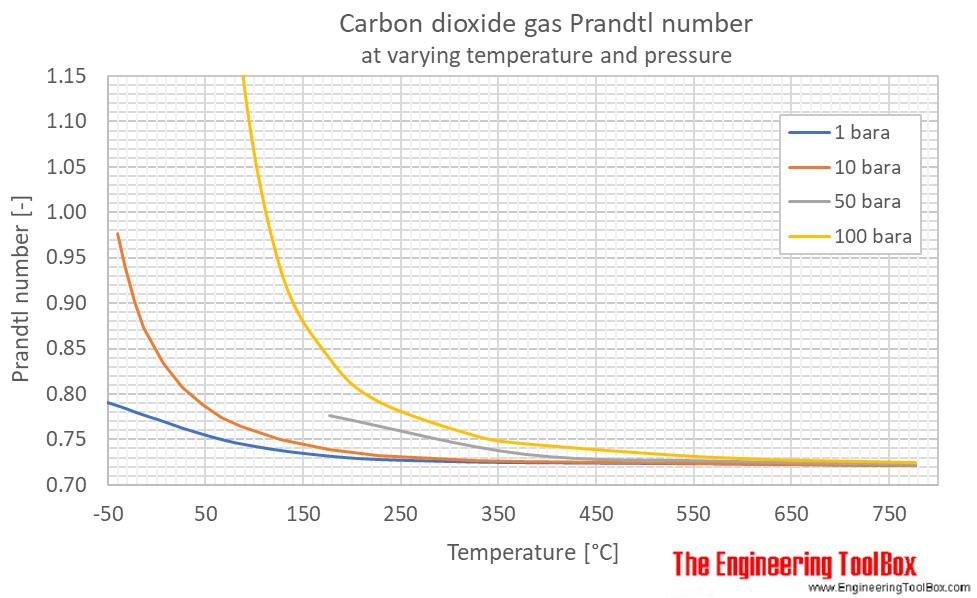 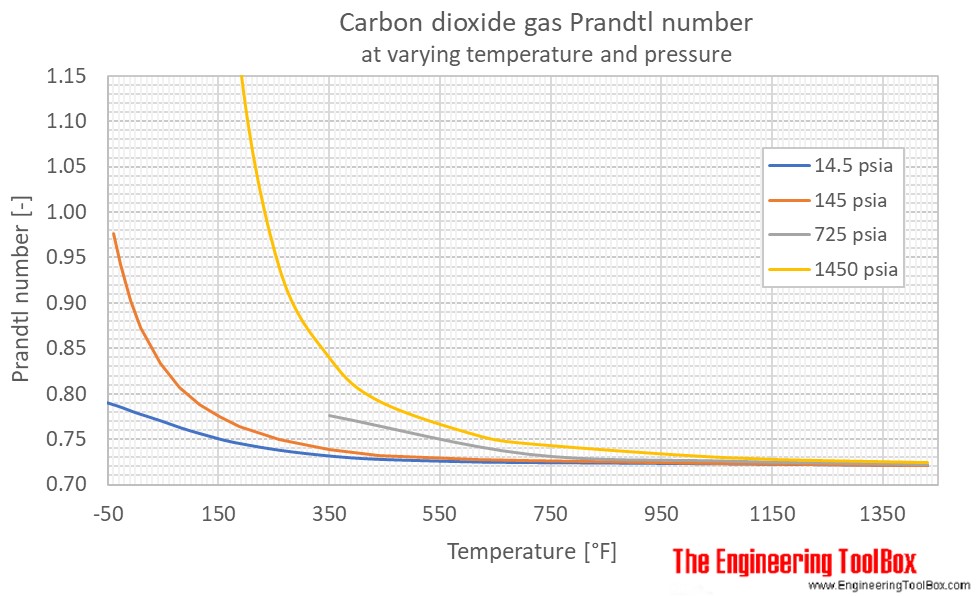 Carbon dioxide Prandtl number at given temperatures and 1, 10, 50 and 100 bara presure: