Autoignition temperatures and flash points (°C and °F) of different types of hydrocarbons with varying carbon numbers up to C12. 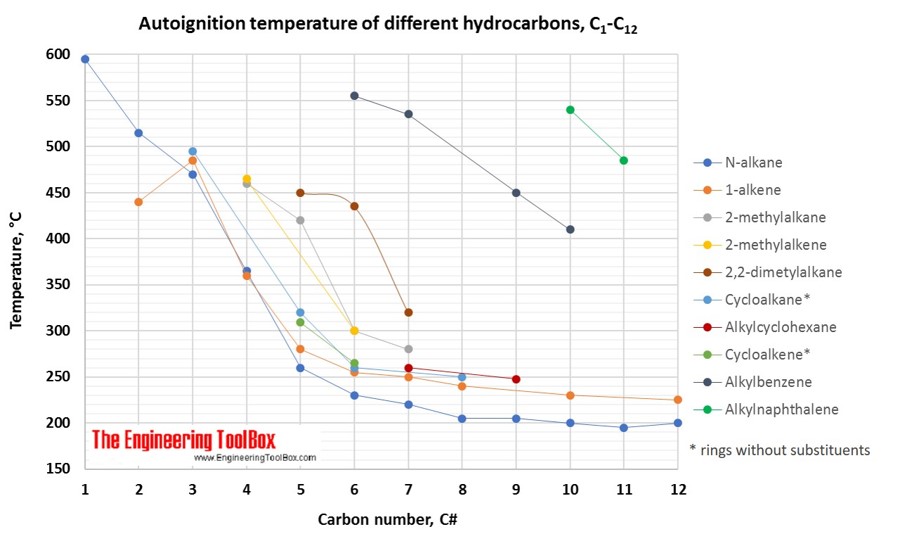 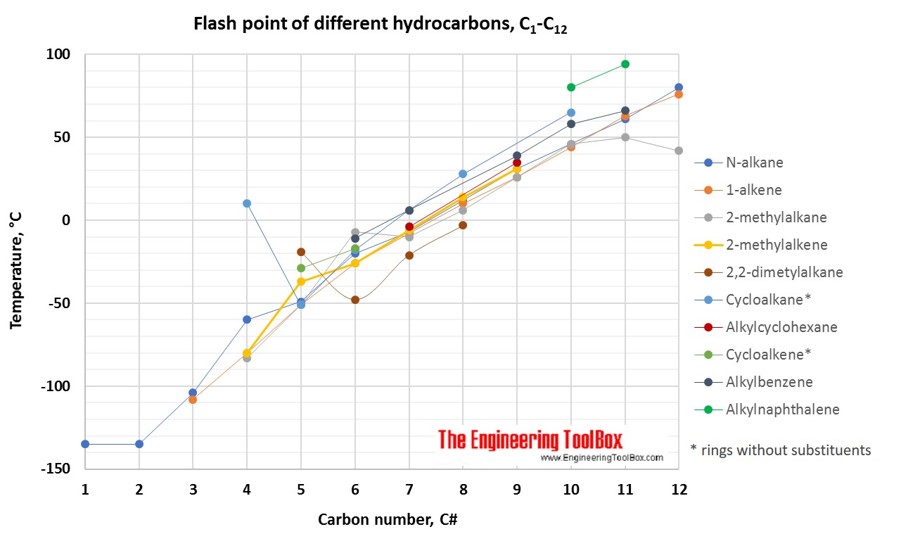 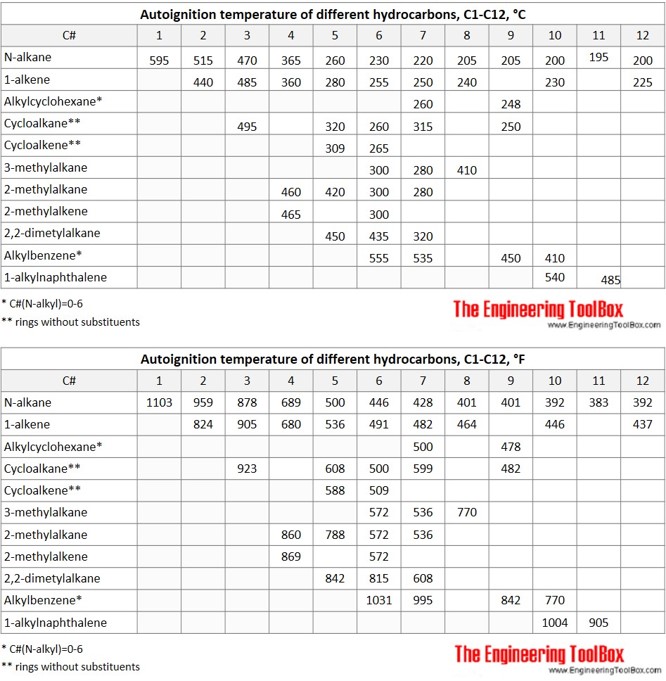 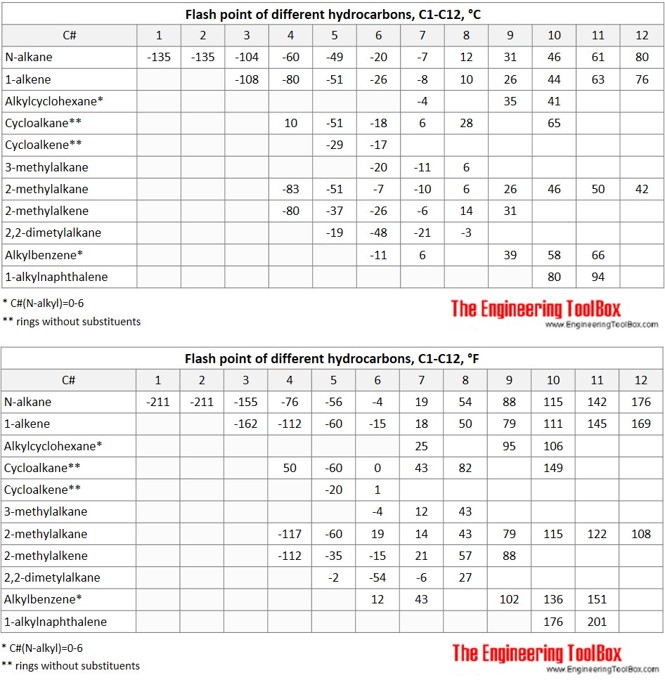 In oil industry, the following terms for the different hydrocarbons are used:

Aromatics: Unsaturated 6-ring structures (3 doble bounds in one ring), with or without substituents