Prandtl number of nitrogen at gas-liquid equilibrium pressure, varying temperature given as °C or °F: 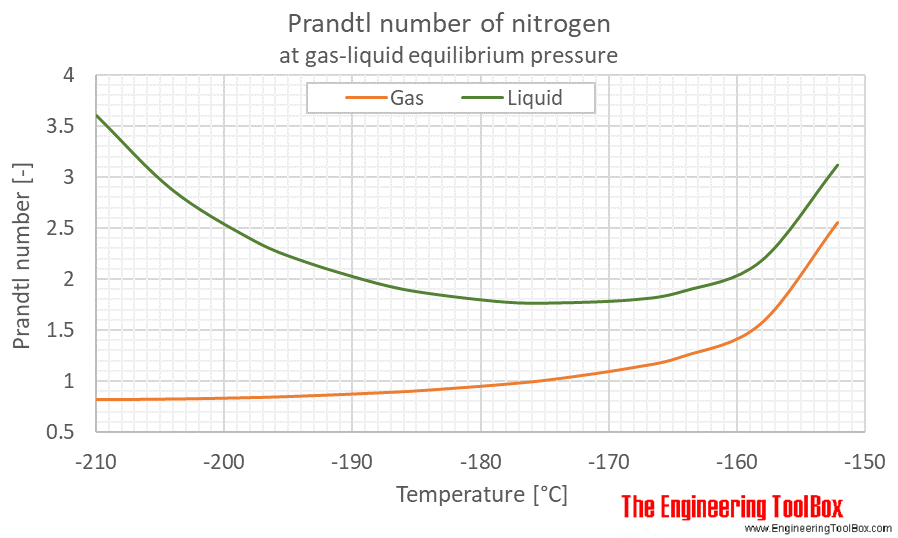 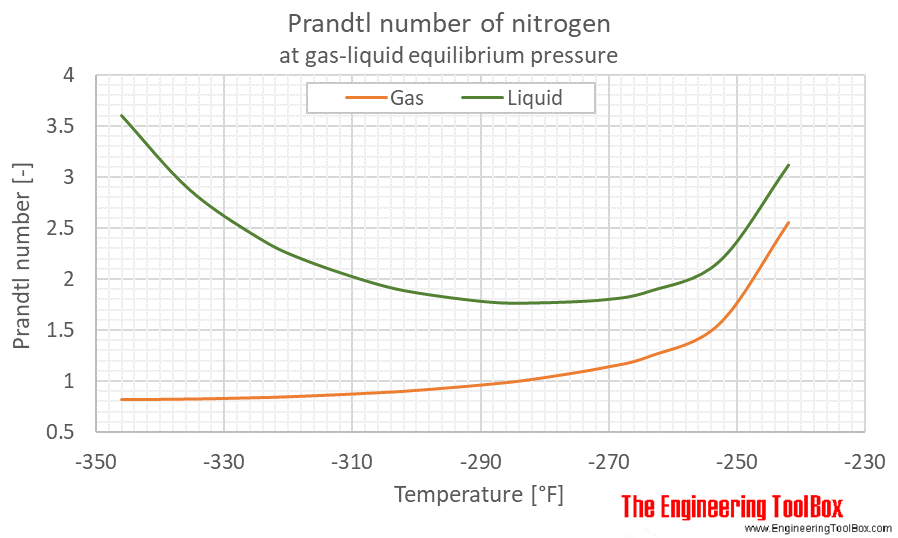 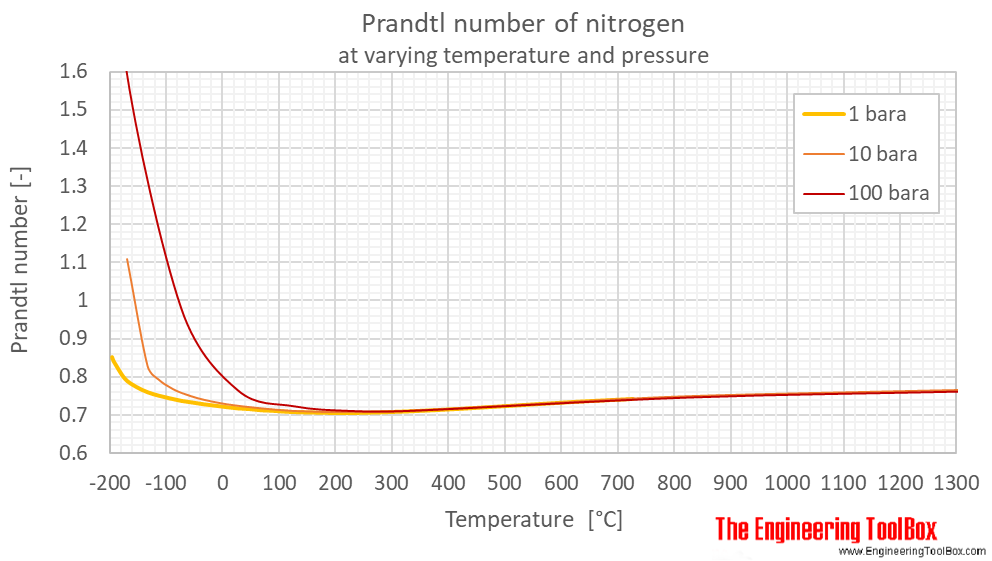 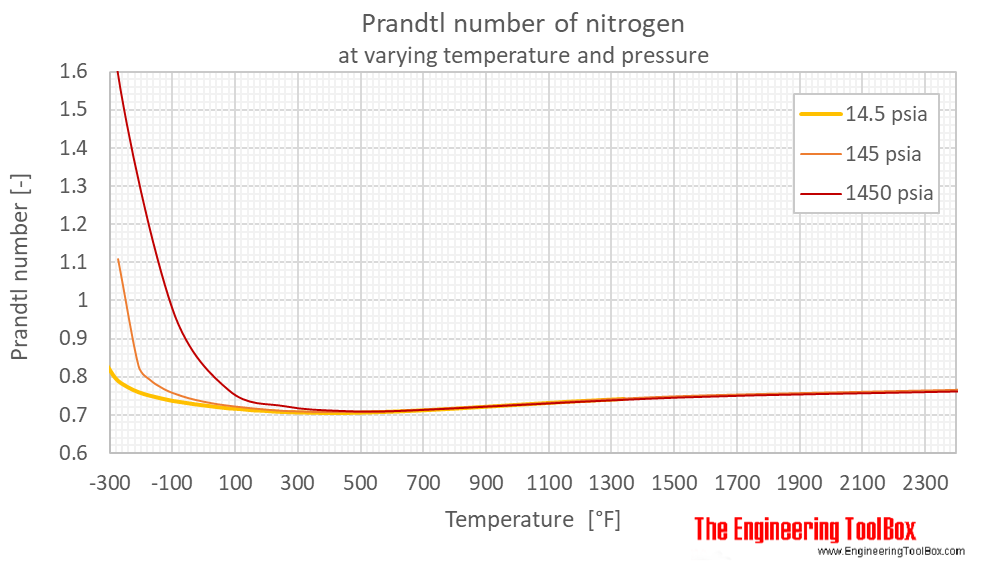 Prandtl number of nitrogen at atmospheric pressure, temperature given as K, °C or °F:

Prandtl number of nitrogen at given temperatures and pressures: