Dry air is a mixture of gases where the average molecular weight (or molar mass) can be calculated by adding the weight of each component.

The molecular weight (or molar mass) of a substance is the mass of one mole of the substance, and can be calculated by summarizing the molar masses of all the atoms in the molecule.

The average molar mass is equal to the sum of the mole fractions of each gas multiplied by the molar mass of that particular gas:

The molar mass of dry air with oxygen, nitrogen and the other components as indicated below is 28.9647 g/mol.  Composition and content of each gas in air is given in the figures and the table below. 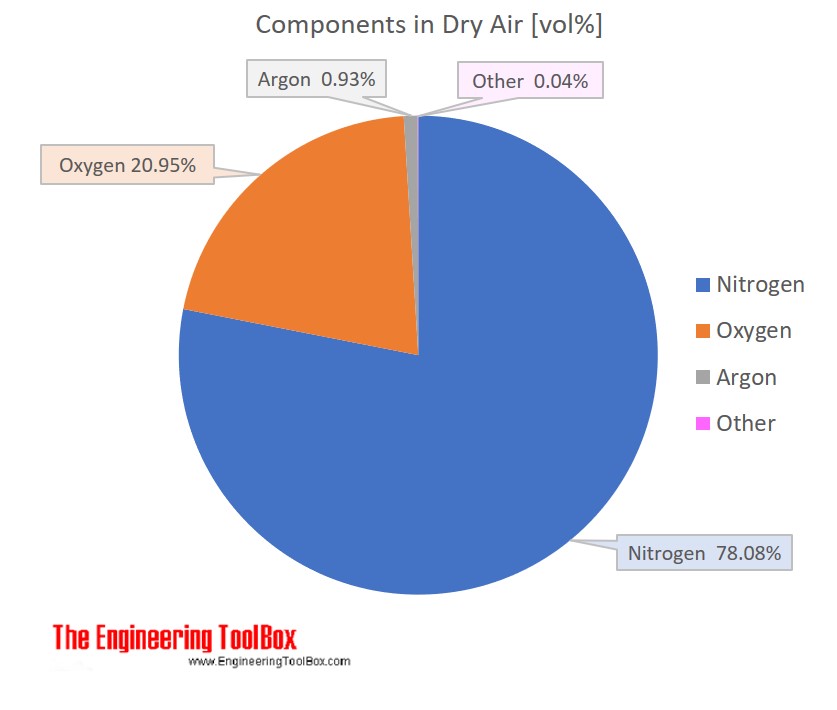 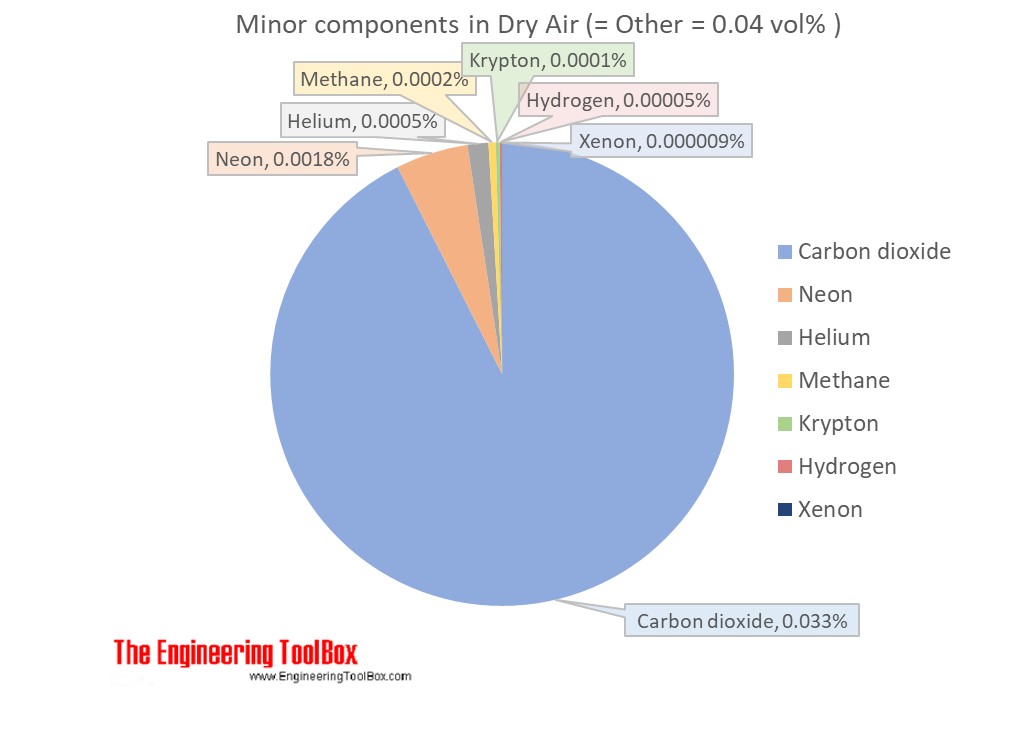 For full table with Molar mass an Molar mass in Air - rotate the screen!

Water vapor is almost always present in air. The content may vary and the maximum amount possible of water vapor in dry air depends on the temperature of the air.

Water vapor - H2O - is composed of one oxygen atom and two hydrogen atoms. Hydrogen is the lightest element with a molar mass of 1 g/mol,  while oxygen has 16 g/mol. Thus, the water vapor atom has an molar mass of 18 g/mol, and water vapor is lighter than O2 with 32 g/mol and N2 with 28 g/mol.

The vapor in air may saturate to droplets when temperature is decreased or pressure is increased.