Young's Modulus (or Tensile Modulus alt. Modulus of Elasticity) and Ultimate Tensile Strength and Yield Strength for materials like steel, glass, wood and many more.

Tensile Modulus - or Young's Modulus alt. Modulus of Elasticity - is a measure of stiffness of an elastic material. It is used to describe the elastic properties of objects like wires, rods or columns when they are stretched or compressed.

Tensile Modulus is defined as the

It can be used to predict the elongation or compression of an object as long as the stress is less than the yield strength of the material. More about the definitions below the table. 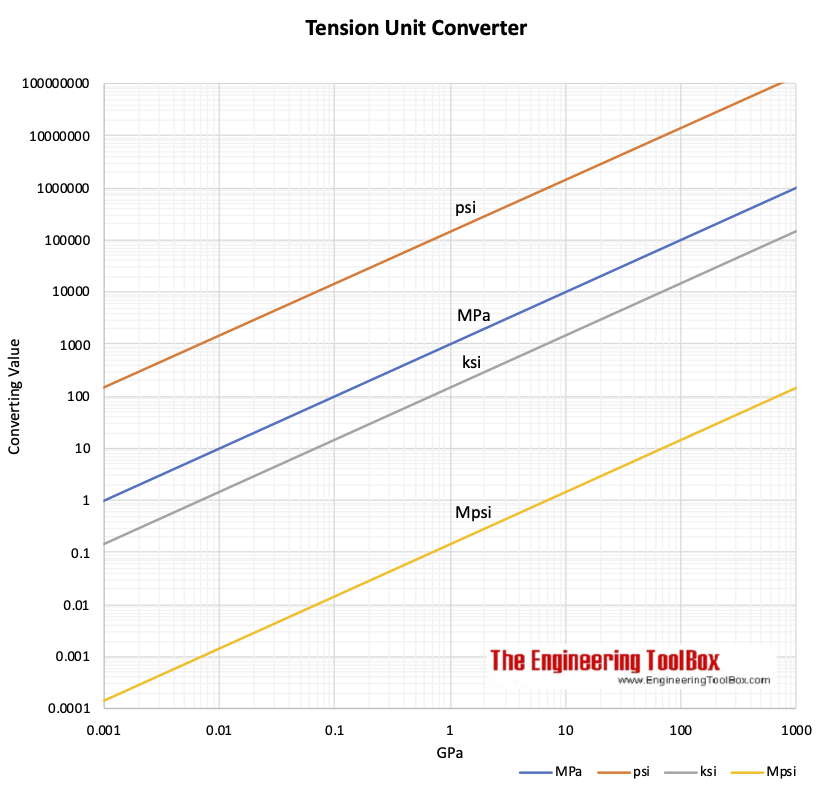 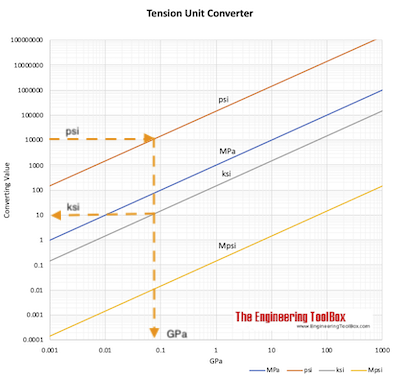 Note! - this online pressure converter can also be used to convert between Tensile Modulus units.

dL = elongation or compression (offset) of object (m, in)

Stress is force per unit area and can be expressed as

Young's modulus can be expressed as

Elasticity is a property of an object or material indicating how it will restore it to its original shape after distortion.

A spring is an example of an elastic object - when stretched, it exerts a restoring force which tends to bring it back to its original length. This restoring force is in general proportional to the stretch described by Hooke's Law.

It takes about twice as much force to stretch a spring twice as far. That linear dependence of displacement upon the stretching force is called Hooke's law and can be expressed as

dL = elongation of the spring (m)

The Yield Point is in mild- or medium-carbon steel the stress at which a marked increase in deformation occurs without increase in load. In other steels and in nonferrous metals this phenomenon is not observed.

The Ultimate Tensile Strength - UTS - of a material is the limit stress at which the material actually breaks, with a sudden release of the stored elastic energy.