When a material is stretched in one direction it tends to get thinner in the other two directions. 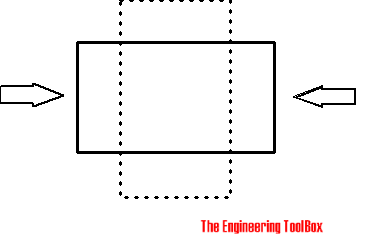 Poisson's Ratio can be expressed as

Strain is defined as "deformation of a solid due to stress".

Longitudinal (or axial) strain can be expressed as

Contraction (or transverse, lateral or radial) strain can be expressed as

With Poisson's ratio for aluminum 0.334 - the contraction can be calculated as