Air - Diffusion Coefficients of Gases in Excess of Air

Fick's first law states that a substance will flow from a region with high concentration to a region of low concentration. Fick's law can be expressed as

Figure and table below shows the diffusion coefficients, D12, for binary gas mixtures where air is in large excess. 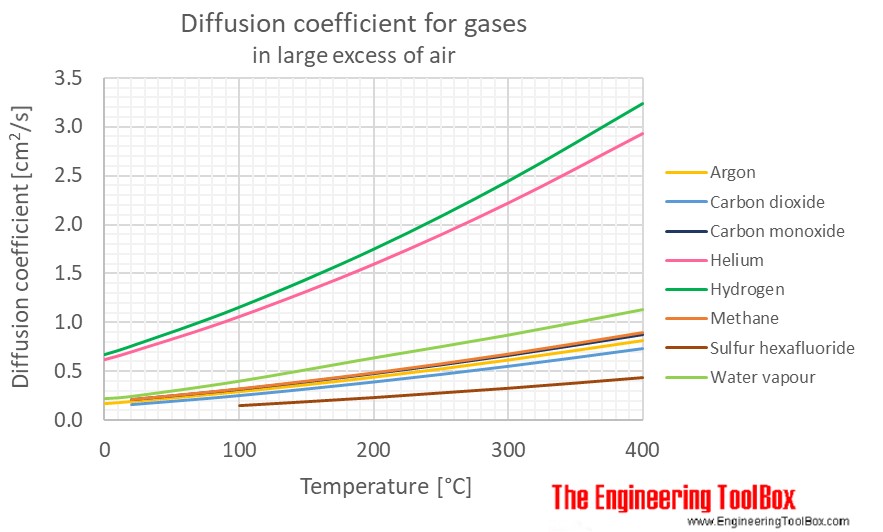