Expansion coefficients that can be used to calculate temperature expansion of pipes and tubes - are indicated in the table below: 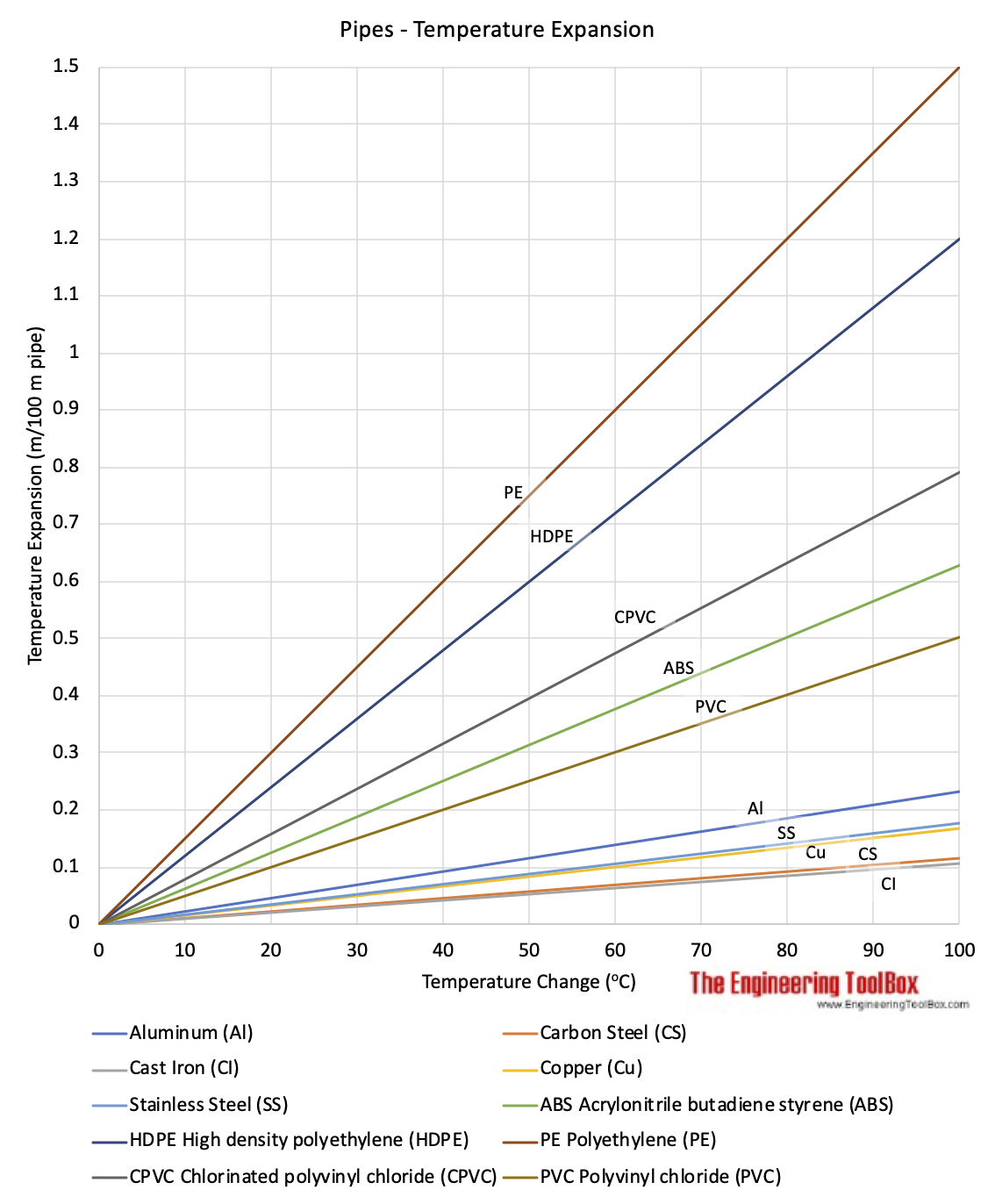 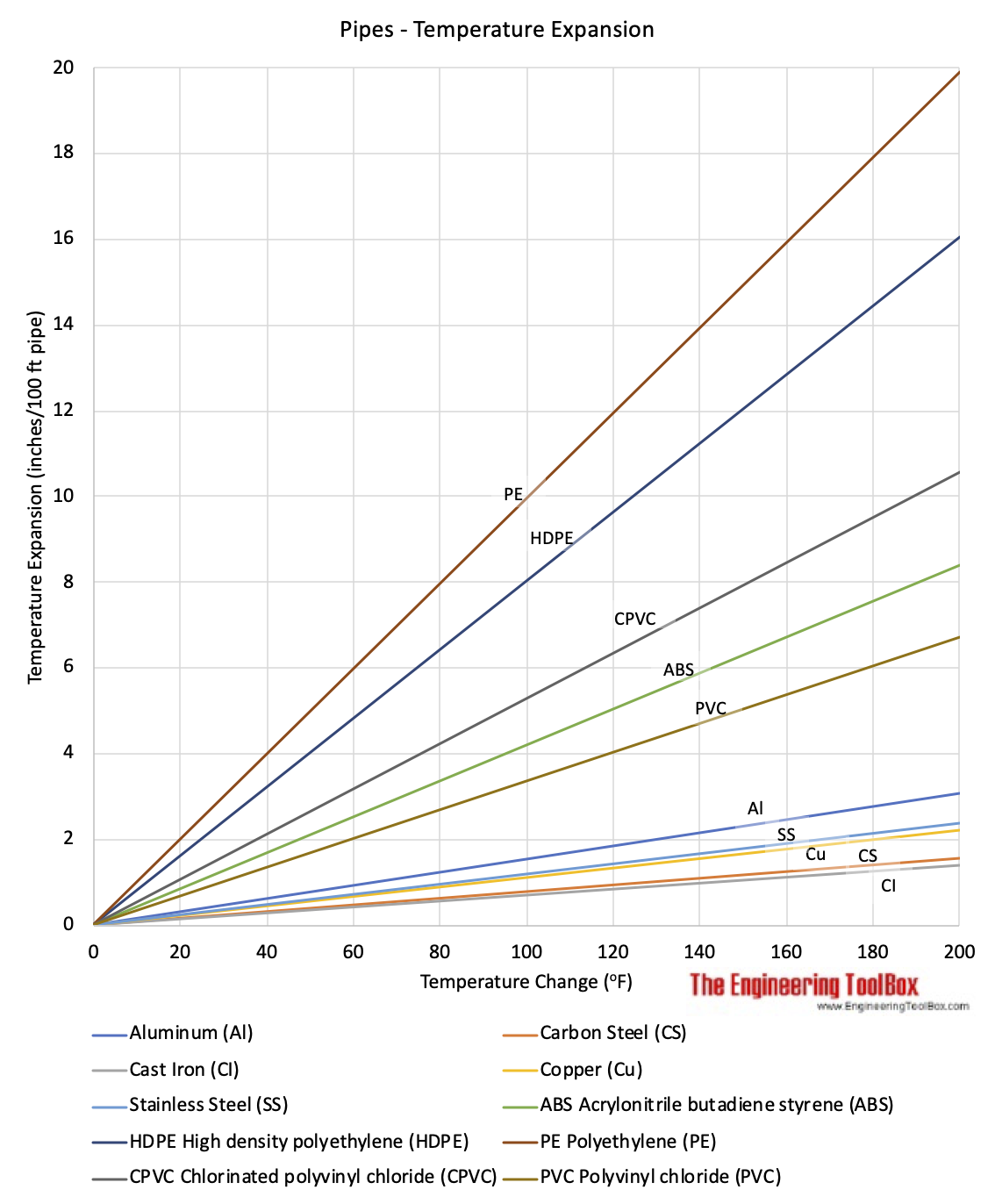 Expansion of the pipe can be calculated as