Density of Liquids versus change in Pressure and Temperature 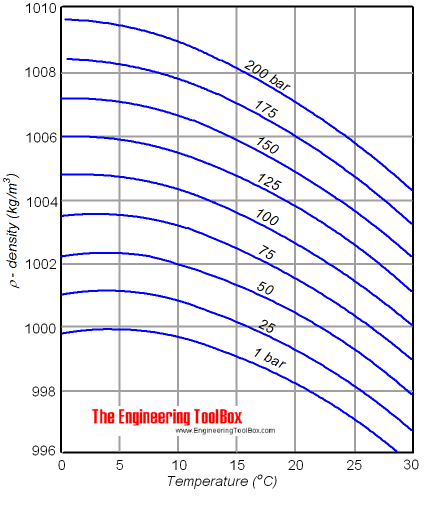 The density of a liquid can be expressed as

The inverse of density is specific volume:

Volume and change in Temperature

When temperature increases -  most liquids expands:

Density and change in Temperature

Density and change in Pressure

The minus sign corresponds to the fact that an increase in the pressure leads to a decrease in volume.

Combining (5b) with (1) - the final density can be expressed as:

- or combined with (2) - the final density can be expressed as

Note! Bulk modulus for liquids varies with pressure and temperature. 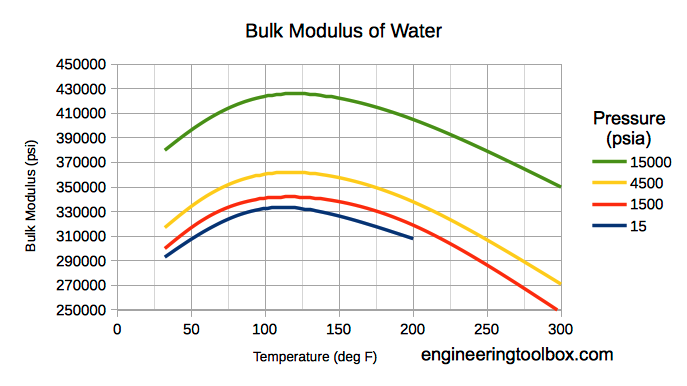 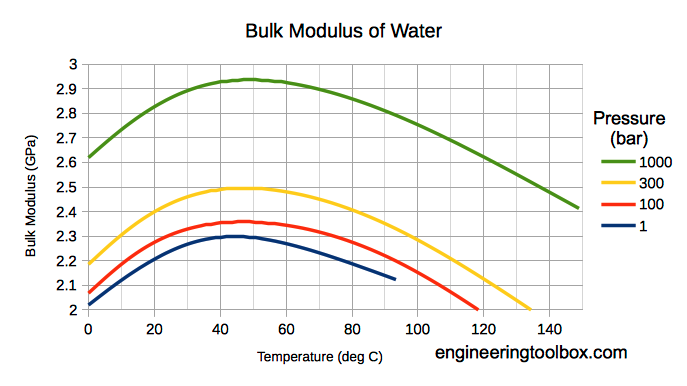 Density of a fluid changing both Temperature and Pressure

The density of a fluid when changing both temperature and pressure can be expressed combining (4b) and (6b):

Density of water can be calculated with (3):