Introduction to - and definition of - Bulk Modulus Elasticity commonly used to characterize the compressibility of fluids.

The Bulk Modulus Elasticity - or Volume Modulus - is a material property characterizing the compressibility of a fluid - how easy a unit volume of a fluid can be changed when changing the pressure working upon it. 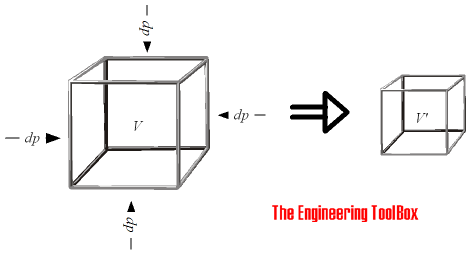 The Bulk Modulus Elasticity can be calculated as

dp = differential change in pressure on the object (Pa, N/m2)

dV = differential change in volume of the object (m3)

The Bulk Modulus Elasticity can alternatively be expressed as

dρ = differential change in density of the object   (kg/m3)

Bulk Modulus for some common fluids:

Example - Density of Seawater in the Mariana Trench 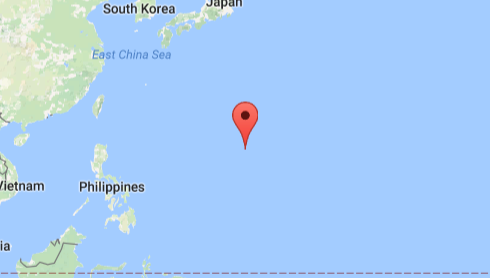 The hydrostatic pressure in the Mariana Trench can be calculated as

The initial pressure at sea-level is 105 Pa and the density of seawater at sea level is 1022 kg/m3.

Note! - since the density of the seawater varies with dept the pressure calculation could be done more accurate by calculating in dept intervals.