Boiling and melting points of thoils, sulfides, disulfides and thiophenes shown together with molecular structures, as well as molweights and density.

The figures below show the boiling and melting point for organic sulfur compounds as sulfides, disulfides, thiols (mercaptans) and thiophenes, together with the molecular structures of the different compounds. The table shows the same numbers together with the molecular weight and density, as well as the numbers of carbon, hydrogen and sulfur in the molecules. All numbers are given for boiling and melting at 1 atm (760 mm Hg). For some compounds the boiling point at 1 atm is not available. For these, the 1 atm boiling point is estimated from low pressure measurements, using a vaporization heat of 54- 70 kJ/mol (increasing with increasing BP).  It is not known whether these compounds are stable at the 1 atm boiling temperature or not.  Definitions of the organic classes are given below the figures.

See also similar figures and tables for organic nitrogen compounds  and boiling and melting point of hydrocarbons, alcohols and acids, as well as densities of organic sulfur compounds. 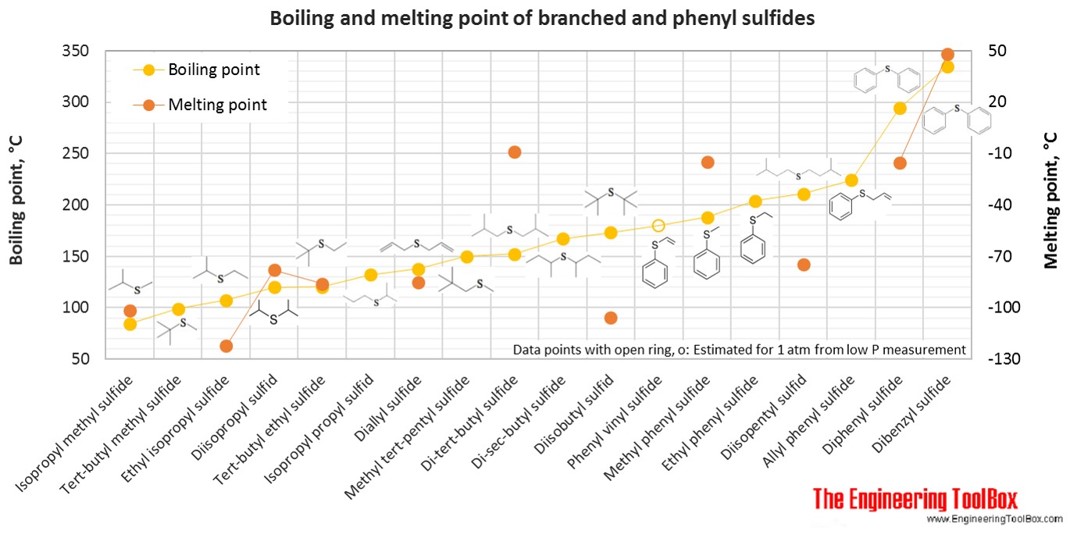 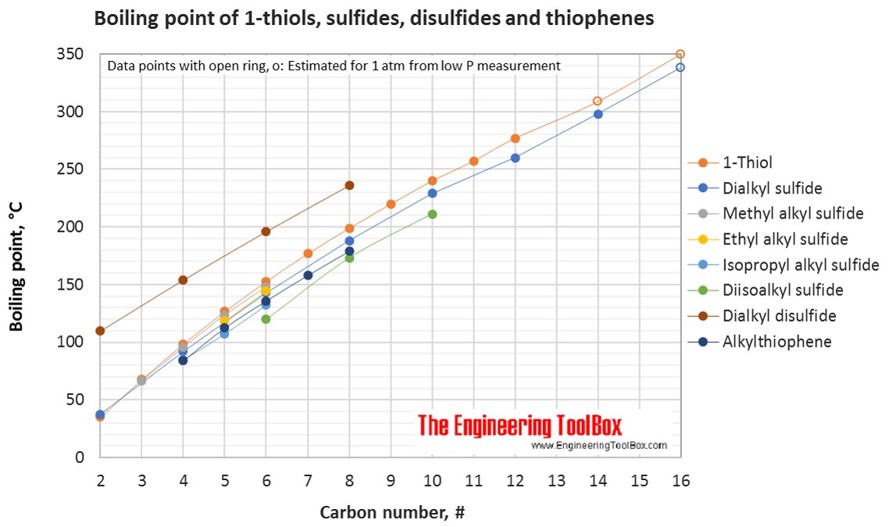 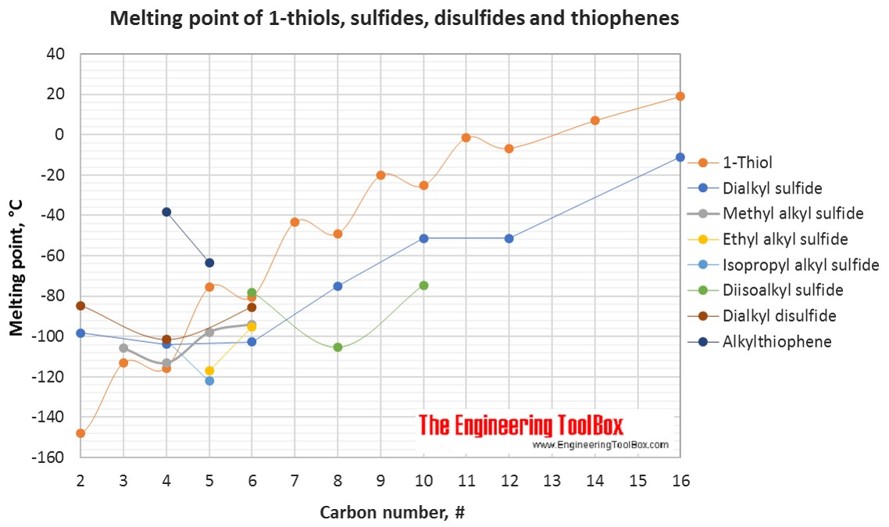 For full table with molweight and boling point - rotate the screen!

Sulfide: An organic compound of the form R’–S–R’’ (where R’ and R’’ represents an alkyl or other organic substituent).

Dialkyl sulfide: A sulphide where R’ and R’’ are linear alkyl groups, and of the same length.

Methyl alkyl sulfide: A sulphide where R’ is a methyl group and R’’ are any alkyl group.

Ethyl alkyl sulfide: A sulphide where R’ is an ethyl group and R’’ are any alkyl group.

Isopropyl alkyl sulphide: A sulphide where R’ is an isopropyl group and R’’ are any alkyl group.

Diisoalkyl sulphide: A sulphide where R’ and R’’ are isoalkyl groups, and of the same length.

Disulfide: An organic compound of the form R’–S-S–R’’ (where R’ and R’’ represents an alkyl or other organic substituent).

Thiophene: A heterocyclic compound with the formula C4H4S. Consisting of a stable, flat five-membered ring.

Alkylthiophene: A monosubstituted thiophene with one branching via the attachment of one alkyl group on one carbon of the thiophene ring, with the general formula CnH(2n+1)C4H3S

Benzothiophene: A polycyclic aromatic compound consisting of a benzene ring connected to a thiophene ring, with the formula C8H6S.