Methanol - Density and Specific Weight vs. Temperature and Pressure

Density, ρ, has units typically [kg/m3] or [lb/ft3], and is defined by the ratio of the mass to the volume of a substance:

Specific weight, γ, has units typically [N/m3] or [lbf/ft3]  is defined by the ratio of the weight to the volume of a substance:

Tabulated values of methanol density and specific weight at given temperature and pressure (SI and Imperial units) as well as density units conversion are given below the figures.

Density of methanol at varying temperature and pressure, SI and Imperial units: 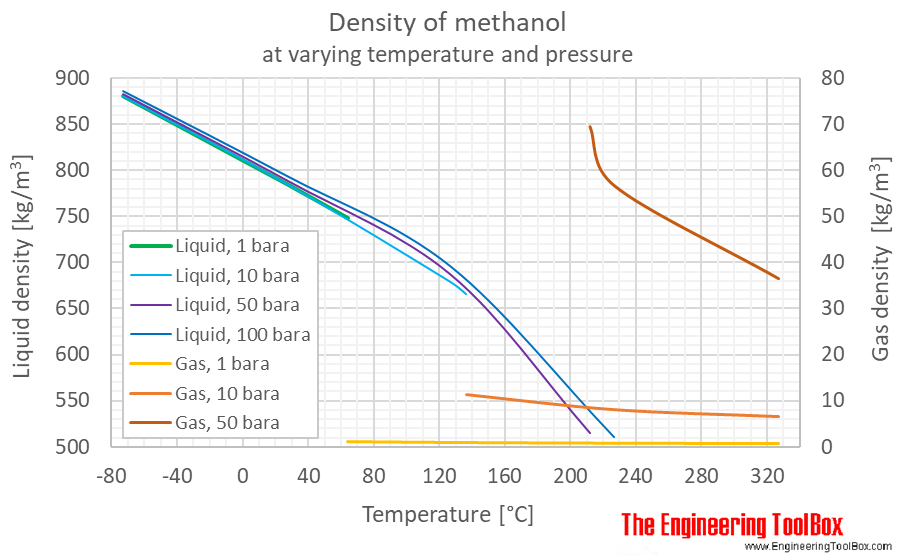 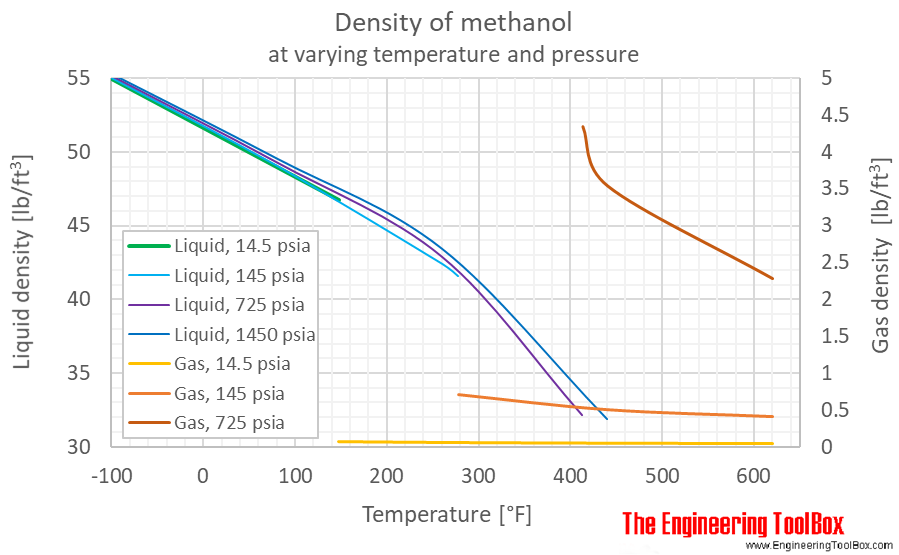 The density of liquid methanol is nearly the same for all pressures up to 100 bara and 25 °C (77°F), and the density of the liquid at equilibrium pressure can be used for most practical purposes.

Back to top
Density of methanol at varying temperature and equilibrium pressure, SI and Imperial units: 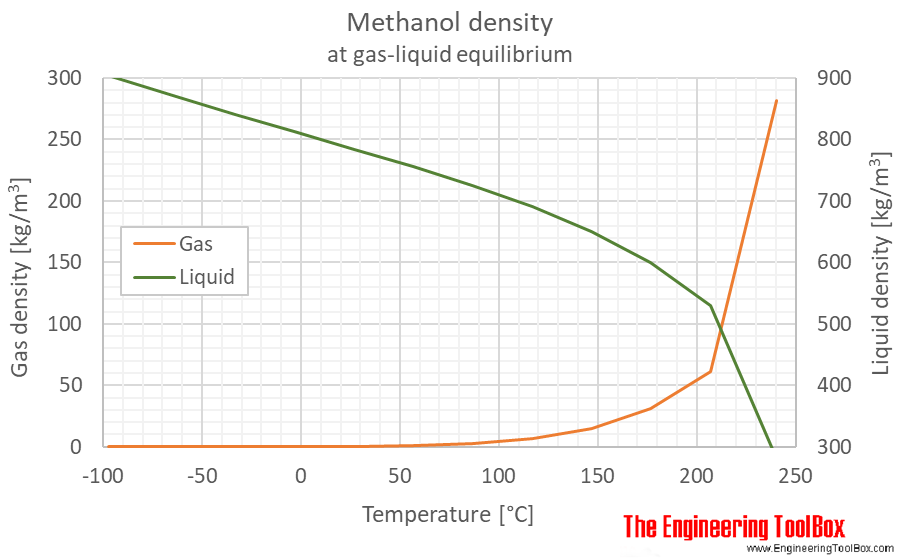 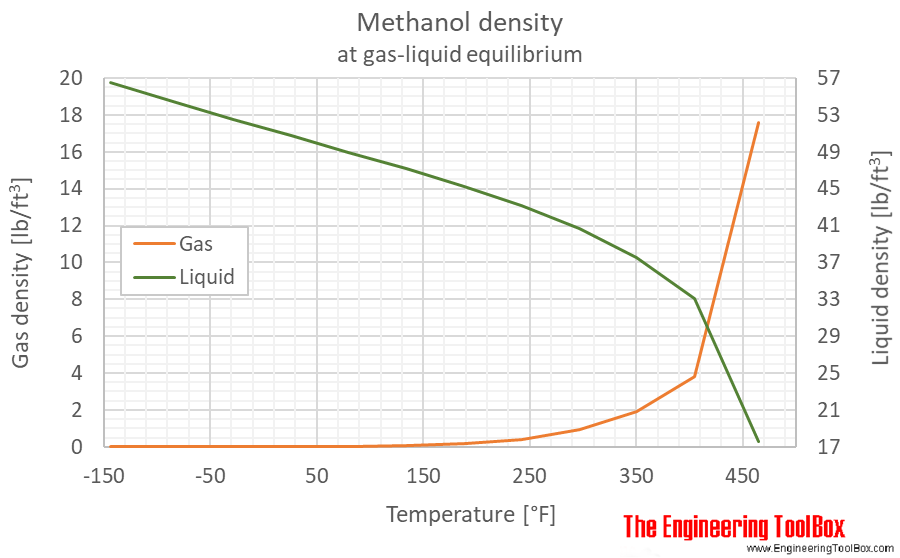 Density and specific weight of methanol at given temperatures and pressures:

For full table with Density and Specific Weight - rotate the screen!