Properties of air change along the boiling and condensation curves (temperature and pressure between triple point and critical point conditions). An air phase diagram included.

Tabulated values given in SI and imperial units, and unit converters are given below the figures. 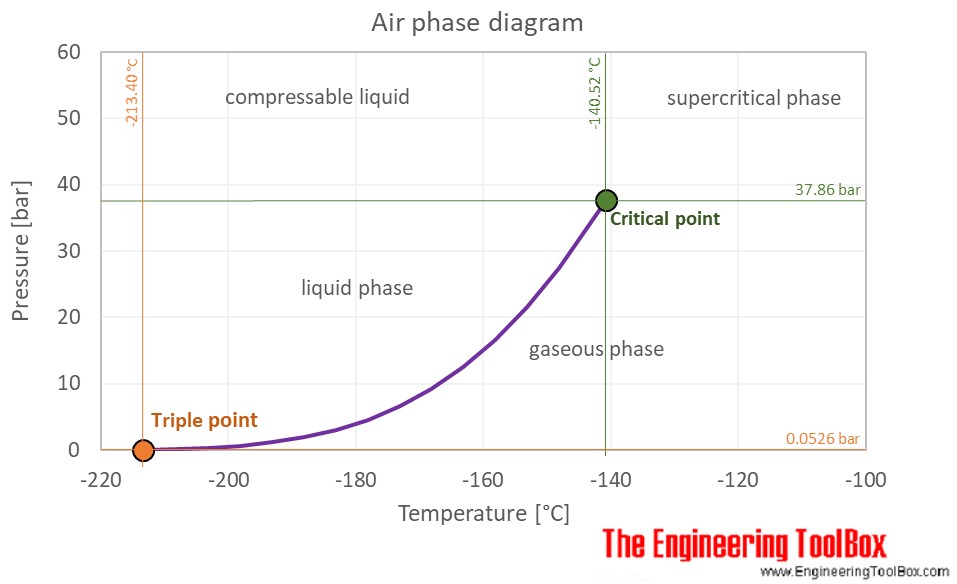 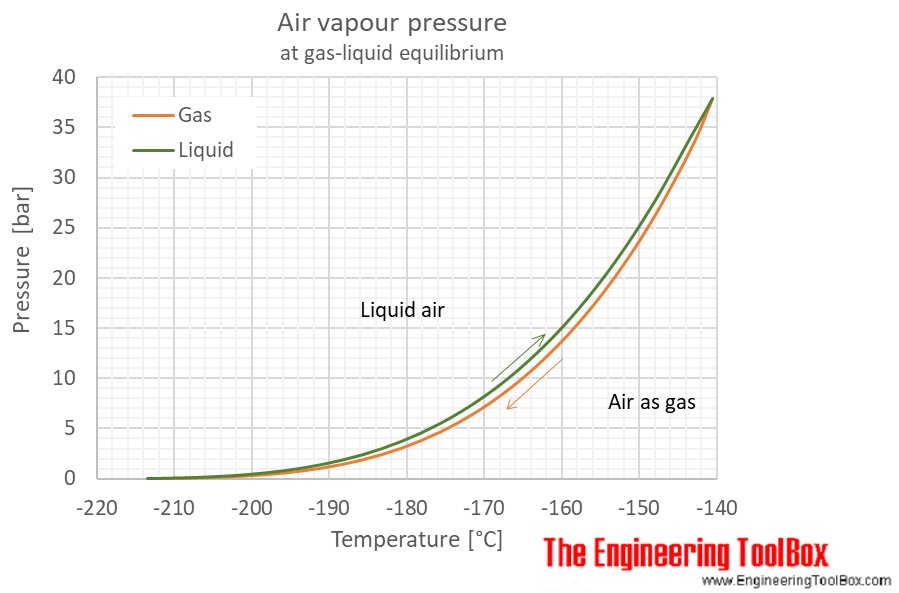 The following figures show how the properties of air changes along the boiling and condensation curves (shown in the figure above) - SI units: 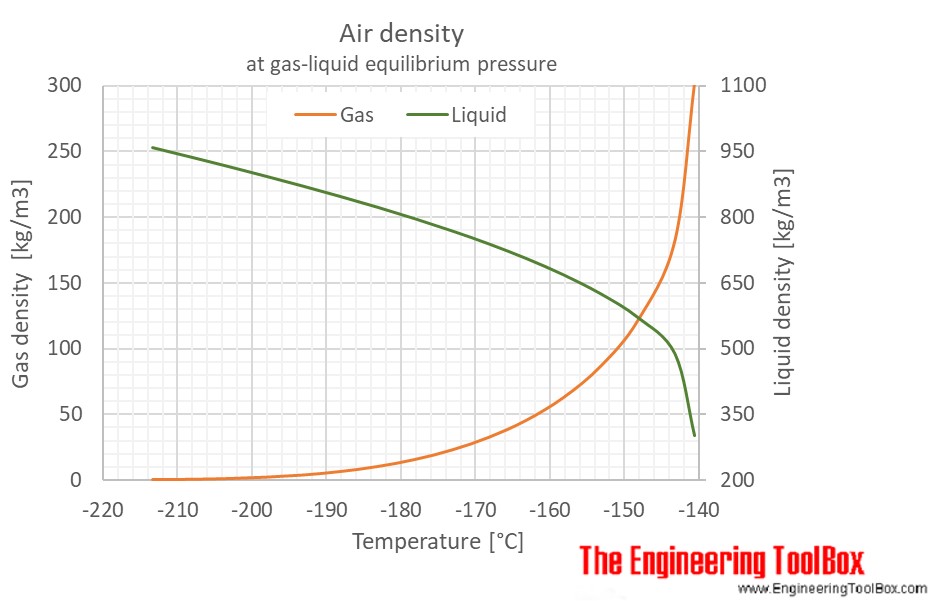 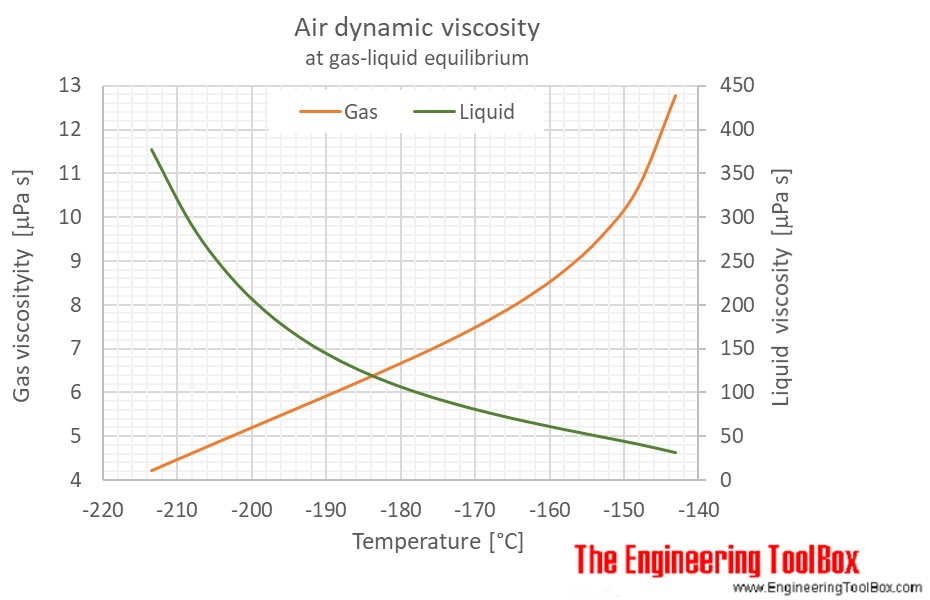 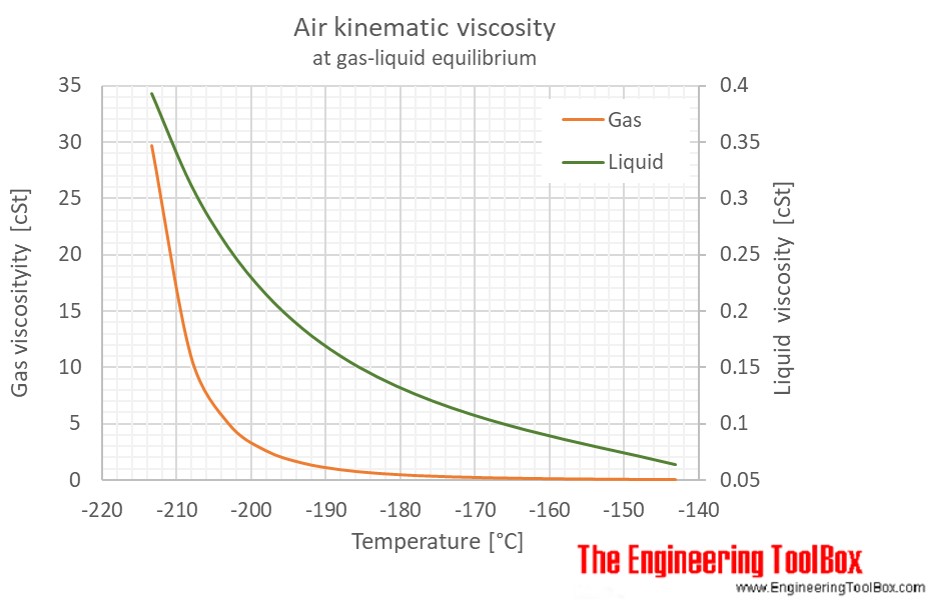 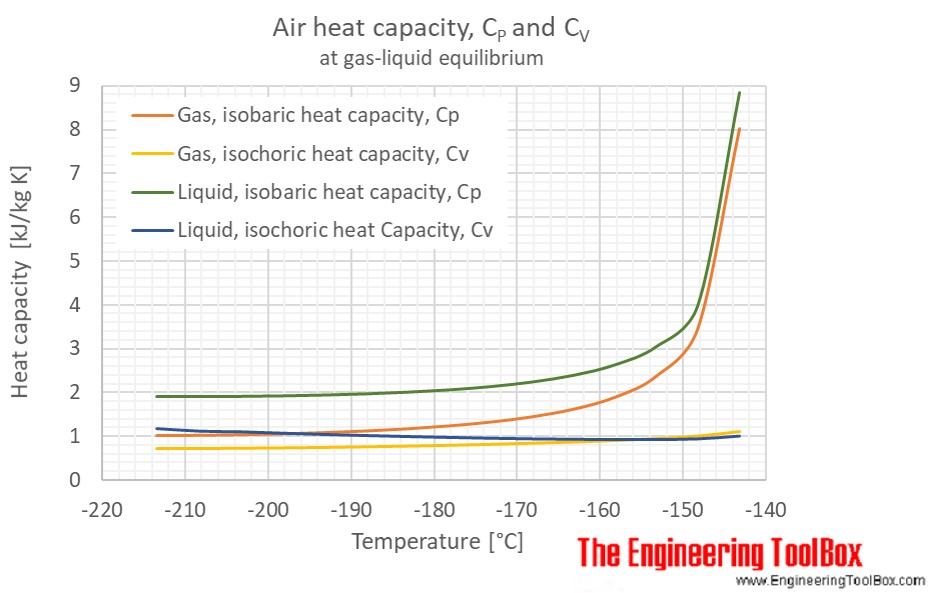 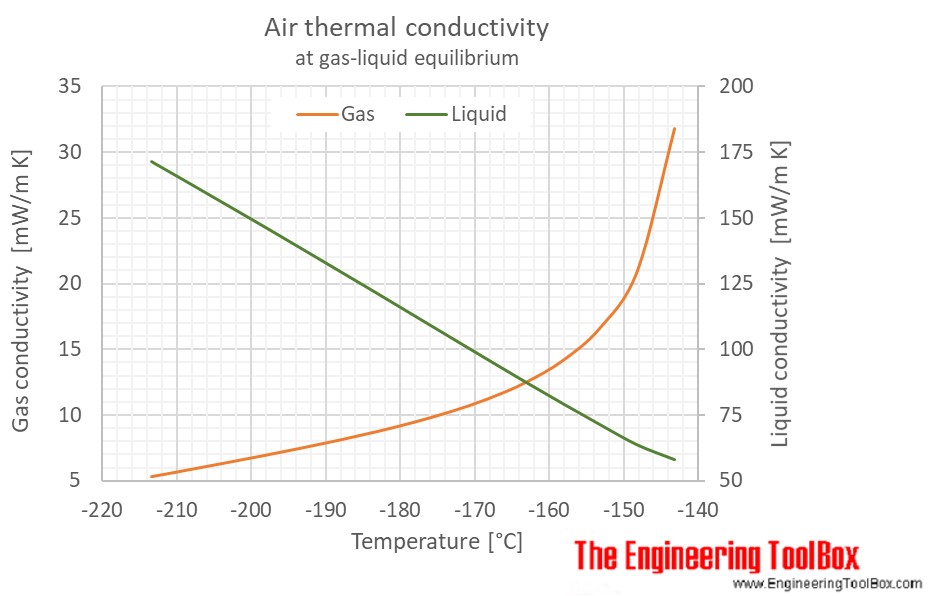 Back to top
Properties of air along the boiling and condensation curves - SI units:

For full table with thermal conductivity, dynamic and kinematic viscosity - rotate the screen!

Back to top
Properties of air along the boiling and condensation curves - Imperial units:

For full table with thermal conductivity, dynamic and kinematic viscosity - rotate the screen!