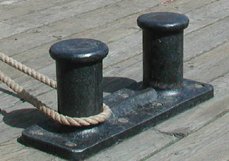 Bollards are common on quays and used to moore ships and boats. By turning a rope around a pole the effort force required to hold the load force can be reduced dramatically. 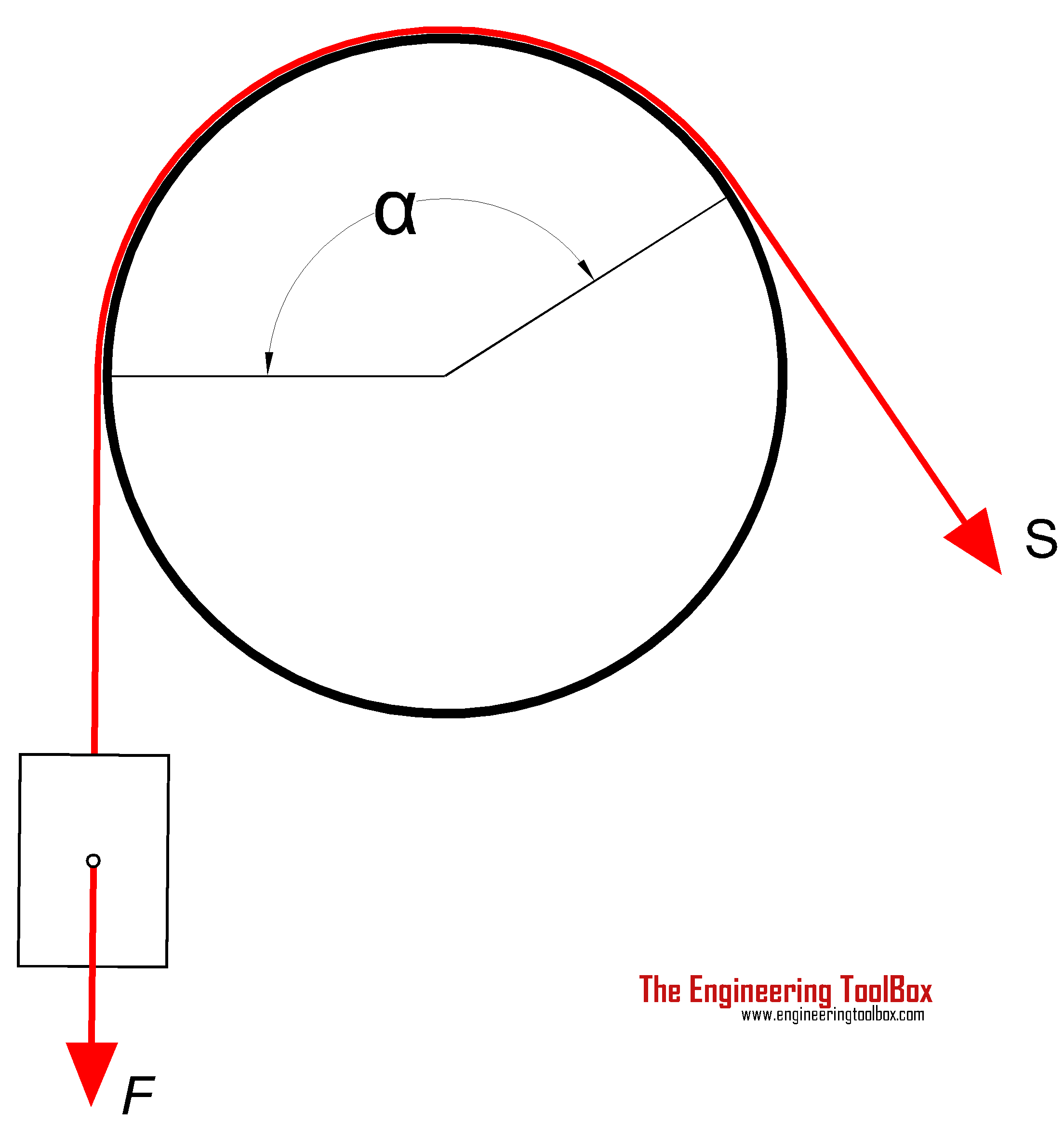 μ = friction coefficient (approximately 0.3 - 0.5 is common for a rope around a steel or cast iron bollard)

Example - A rope with One turn around a Bollard

One turn equals to 360 degrees or 2 π radians. With a friction coefficient of 0.5 the effort force in the rope can be calculated as

One turn around the bollard reduces the required effort force to less than 5% of the load force.

The retardation (negative acceleration) of a ship arriving at quay with velocity 0.05 m/s and stopped within 2 seconds - can be calculated as

The required effort force in the rope with a half turn around the bollard (180 degrees or π radians) with a friction coefficient of 0.4 can be calculated as

The Effort Force - Load Force ratio for various rope angles are indicated in the chart below: 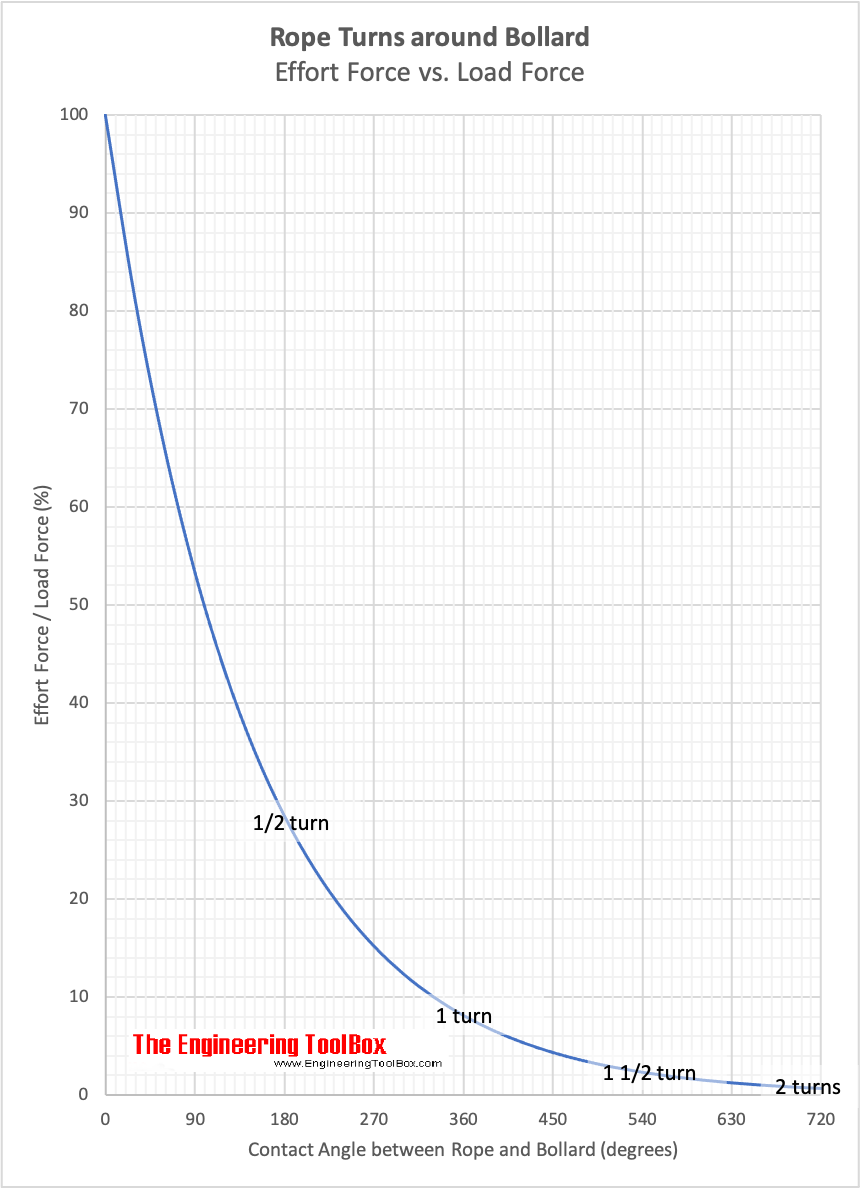 This calculator is based on the equation above and can be used to calculate the effort force in ropes turned around poles or bollards. Note that the calculator uses degrees for the turns.

angle where the rope is in contact with the pole (degrees)