Radian is the SI unit of angle. Convert between degrees and radians. Calculate angular velocity. 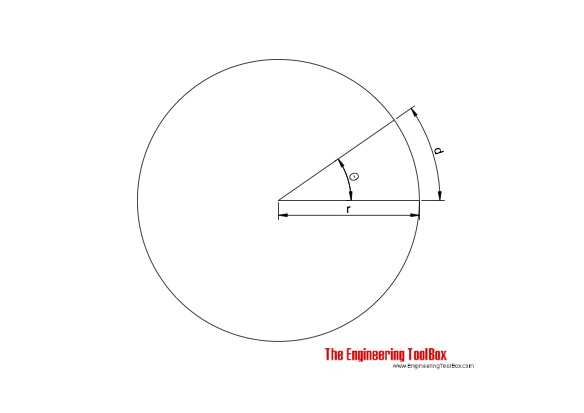 The radian is the SI derived unit of an angle where

d = circular distance measured along the arc (m, in)

Since the length of a circle is 2 π r, and the radius of the circle is r - the radians in a complete circle can be calculated to

One radian can be expressed in degrees as

One radian can be expressed in revolutions as

One degree can be expressed in radians as

Note! - radians are used by default in angular expressions in most computer languages.

The radian is defined as the angle subtended at the center of a circle by an arc of circumference equal in length to the radius of the circle. 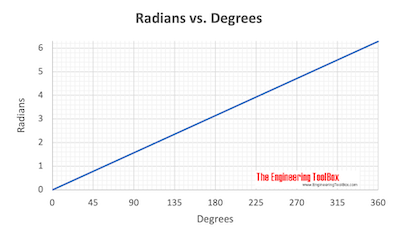 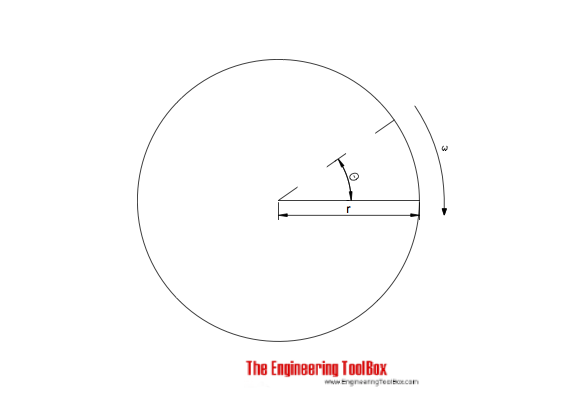 RPM to Radians and Degrees per Second Converter 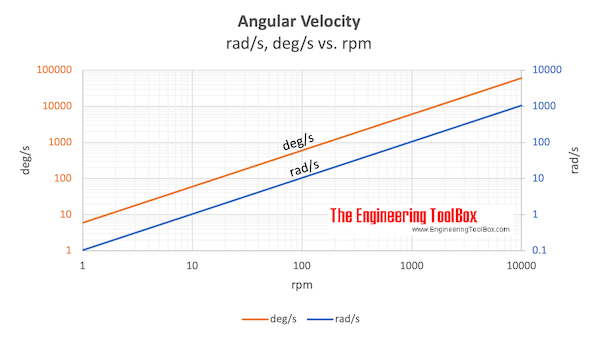 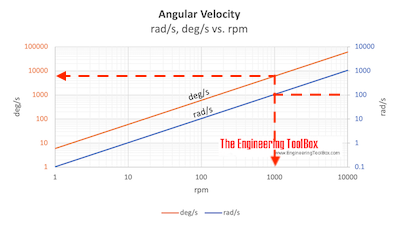