When moving air - wind - is stopped by a surface - the dynamic energy in the wind is transformed to pressure. The pressure acting the surface transforms to a force

Note - in practice wind force acting on a object creates more complex forces due to drag and other effects. 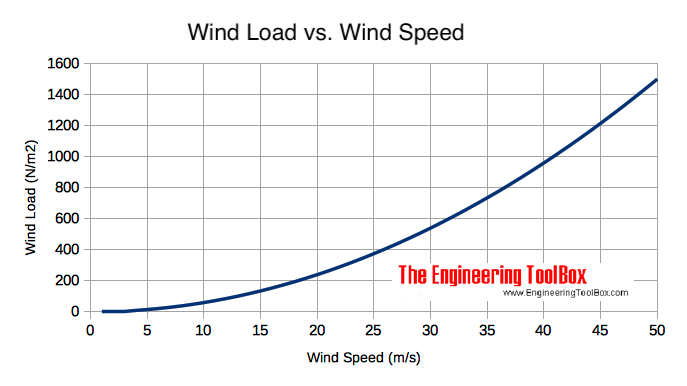 A hurricane with wind speed 35 m/s is acting on a 10 m2 wall. The dynamic force can be calculated as

Or - from the table above the wind load per square metre is 735 N/m2. The total load on the wall can be calculated as

A hurricane acting on a 10 m2 wall creates a force equal to the weight of aprox. 750 kg.