Drawbridge - Force and Moment vs. Elevation

Calculate the acting forces and moments when elevating drawbridges or beams. 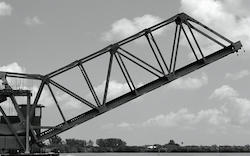 The moment acting in A can be calculated as

Note! The generic eq. 3 can be used for any combination of distributed or point loads.

The moment acting in A can be calculated as 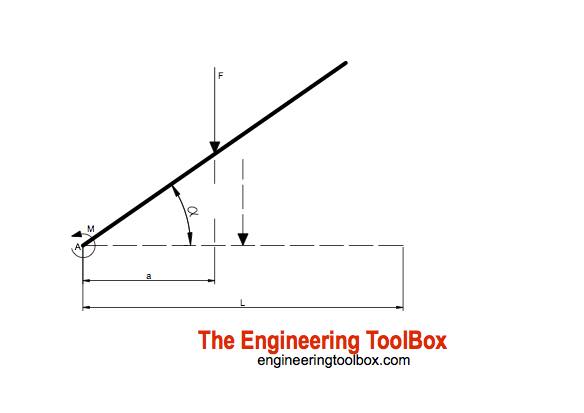 For and elevated beam or drawbridge the distance between the action force F and the moment in A varies. For a lifting angle the distance can be calculated as

Eq. 3 for the moment can be modified to

The beam from the example above is lifted 30 degrees. The moment in A can be calculated

Default values are from the examples above where a = L / 2 in horizontal position. The calculator is generic and can be used for any uniform or point load combination as long as the resultant force F and point of action a can be calculated.

a - distance between resultant force and A in horizontal position (m) 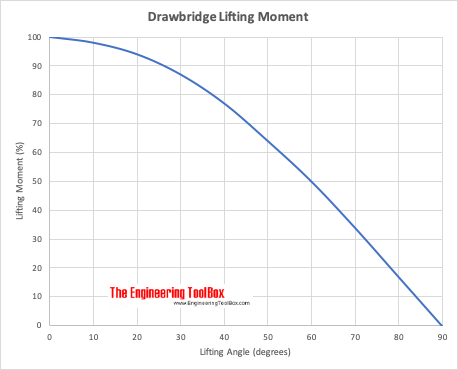