Eq. (1) can alternatively be expressed as 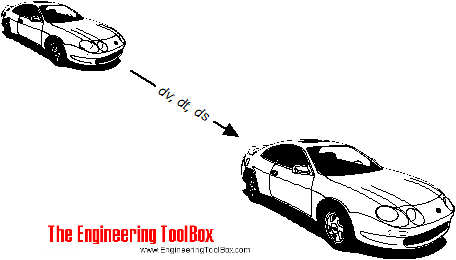 The impulse - or change in momentum - can be calculated

Since momentum can be expressed as