Calculate the propulsive discharge force or thrust induced by an incompressible jet flow.

The velocity out of a free jet can be expressed as

Note! - the density ρ is constant in incompressible flows and the equations are valid for liquids (like water) but not for gases (like air).

The flow volume out of a jet can be expressed as

If the jet is not moving

and (3) can be expressed as 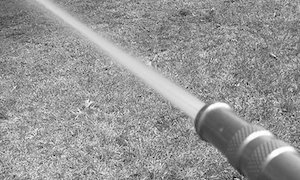 Water flows through a garden hose with diameter 15 mm. The water pressure just before the outlet is 4 105 Pa (abs) and the atmospheric pressure is 1 105 Pa (abs).

The outlet area of the hose can be calculated as

The propulsive force can be calculated as 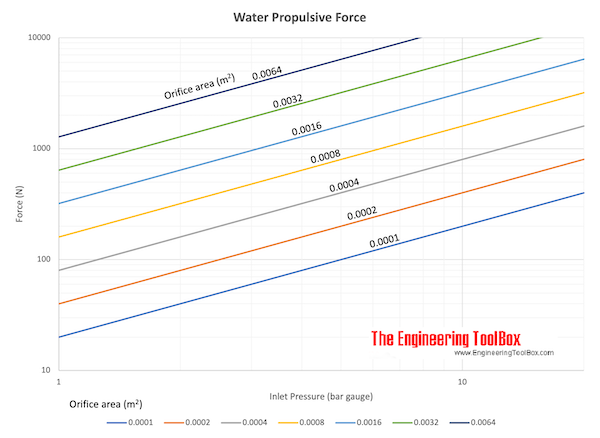