Calculate the range of a projectile - a motion in two dimensions. 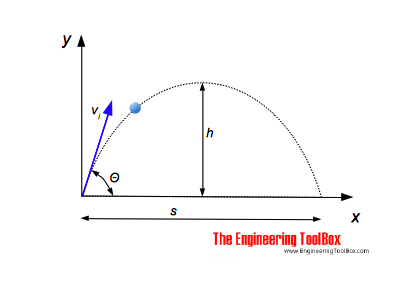 The time for a projectile - a bullet, a ball or a stone or something similar - thrown out with an angle Θ to the horizontal plane - to reach the maximum height can be calculated as

The total flight time can be expressed as

The maximum elevation - h - of the flight can be calculated  as

The horizontal distance of the flight can be expressed as

A ball is thrown with initial velocity 25 m/s in angle 30 degrees to the horizontal plane. The time for the ball to reach maximum level is

The maximum elevation of the ball can be calculated as

The horizontal distance traveled by the ball can be calculated as

The calculator below can be used to estimate the time of flight, time to reach maximum elevation, maximum elevation and flight distance for a projectile like a bullet or a ball or something similar.

Note that friction force due to air resistance is neglected. 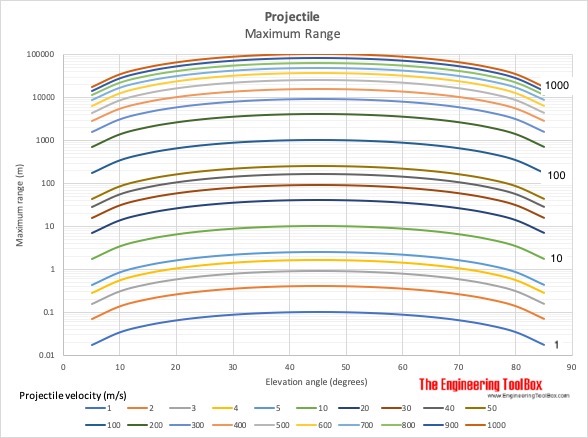 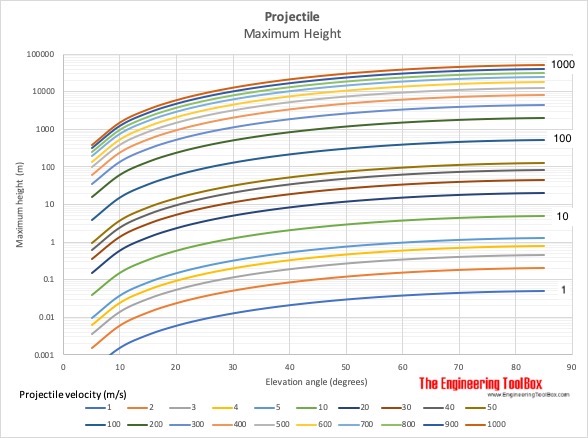 Note that friction force due to air resistance is neglected in the charts above. For higher velocities range and maximum height will be dramatically reduced.