Heat transfer between a solid and a moving fluid is called convection. This is a short tutorial about convective heat transfer.

Heat energy transferred between a surface and a moving fluid with different temperatures - is known as convection. 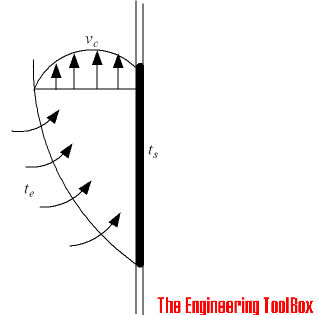 Convective heat transfer can be

Forced convection occurs when a fluid flow is induced by an external force, such as a pump, fan or a mixer.

Natural convection is caused by buoyancy forces due to dens ity differences caused by temperature variations in the fluid. At heating the density change in the boundary layer will cause the fluid to rise and be replaced by cooler fluid that also will heat and rise. This continues phenomena is called free or natural convection.

Boiling or condensing processes are also referred to as a convective heat transfer processes.

The equation for convection can be expressed as:

dT = temperature difference between the surface and the bulk fluid (oC, F)

Convective heat transfer coefficients - hc - depends on type of media, if its gas or liquid, and flow properties such as velocity, viscosity and other flow and temperature dependent properties.

Note! - this is an empirical equation and can be used for velocities 2 to 20 m/s. 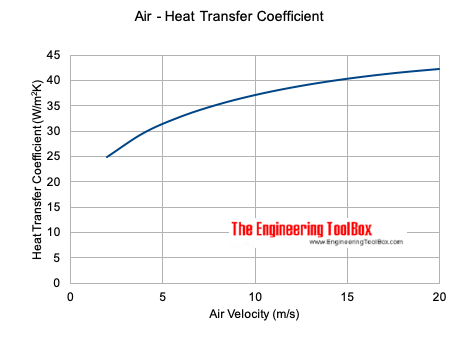 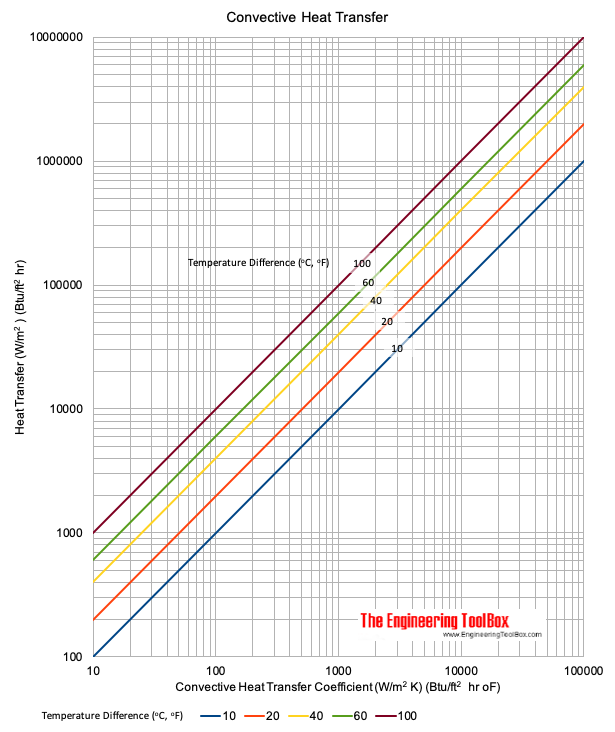