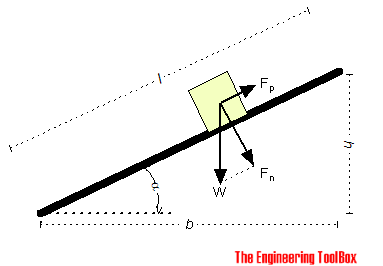 By adding friction - (1) can be modified to

A body with mass 1000 kg is located on a 10 degrees inclined plane. The pulling force without friction can be calculated as 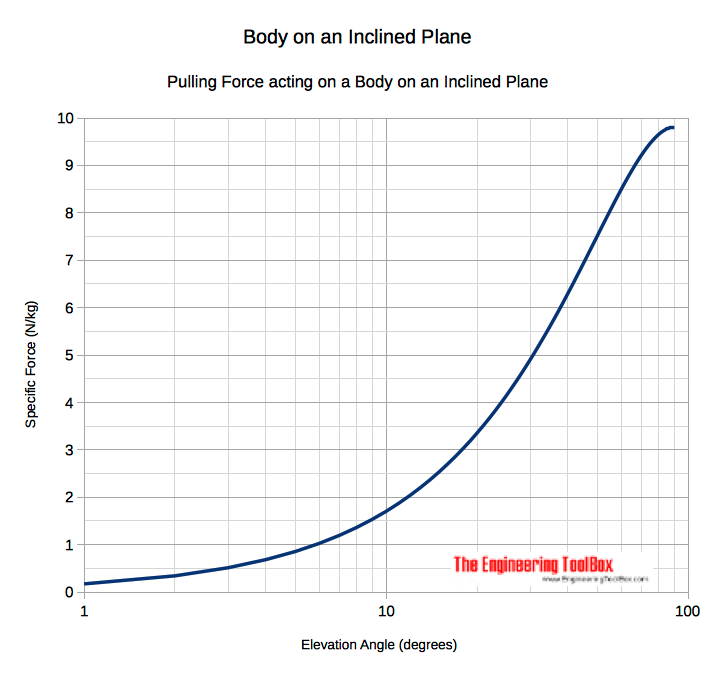 The calculator below can be used to calculate required pulling force to move a body up an inclined plane.

For equilibrium the "angle of response" α can be expressed as:

The weight of a Tesla Model X is 2400 kg. The force acting on the car with 5% inclination can be calculated from (1) as