Forces acting on Body Moving in a Horizontal Plane

The forces acting on bodies moved in horizontal planes. 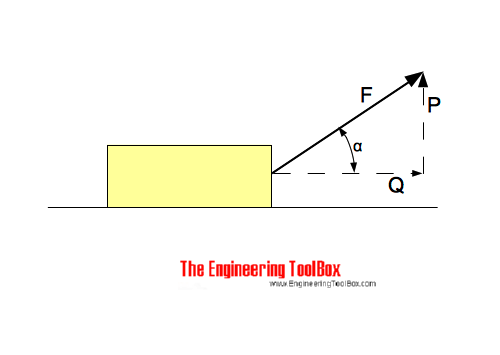 The force acting in vertical direction can be calculated as: 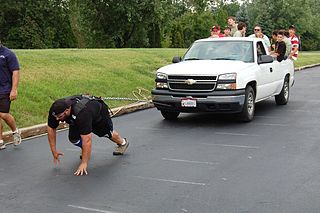 By stu_spivack [CC-BY-SA-2.0], via Wikimedia Commons

A "strong man" is pulling a truck by exerting a force of 1000 N. The force is acting 30o to the horizontal plane.

The horizontal force on the truck can be calculated as

The vertical force "lifting" truck can be calculated as

The calculator below can used to calculate the horizontal and vertical forces: