The Equation of Continuity is a statement of mass conservation. 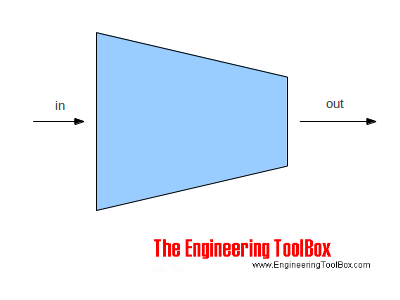 The Equation of Continuity and can be expressed as:

With uniform density equation (1) can be modified to

10 m3/h of water flows through a pipe with 100 mm inside diameter. The pipe is reduced to an inside dimension of 80 mm.

The calculator below is based on eq. 3b and can be used for fluids with uniform density - typical liquids like water, oil and more.