A toggle joint mechanism can be used to multiply force 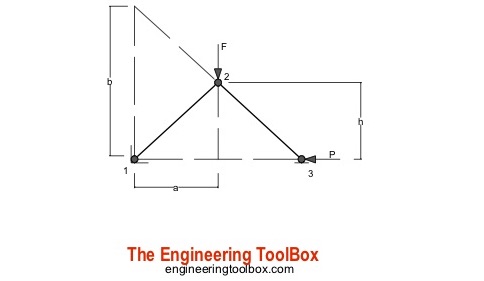 The toggle mechanism is made of two arms linked together. Point 1 is fixed, point 3 can move horizontally (as indicated in this principal drawing). The effort force acts vertically in point 2.

The horizontal force acting in point 3 can be calculated for arms with equal or unequal lengths.

A press to remove/refit bushings in car linkage arms can be improvised with two pieces of lumber:

The force ratio is

- the initial effort force is amplified near four times

Note that kg is the SI unit of mass - check the difference between mass and weight (force).