The diagram and table below indicates the ratio of flash steam generated at different pressures before and after the condensate trap. 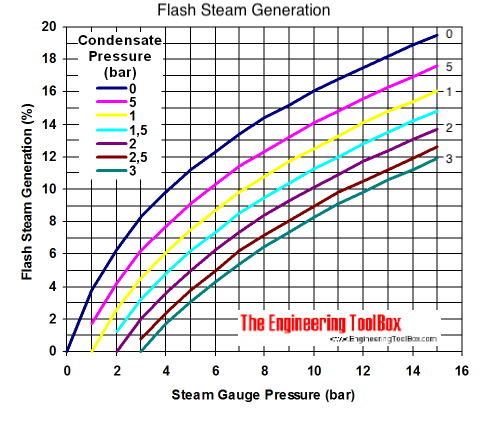 1) It is common to vent condensate systems to the atmosphere - where the gauge pressure is 0 bar.

According the table above 16.1% of the condensate evaporates as flash steam after the trap.

Note! Without a flash recovery system the energy in the flash steam will be lost to the surroundings.