Air ducts friction loss and pressure drop diagrams are normally made for air at Normal Temperature and Pressure (NTP) condition - with a temperature of 20 oC and a atmospheric pressure of 1 bar.

The friction coefficient in the D'Arcy-Weisbach Equation increases with higher temperature but the coefficient will also be outweighed by the reduced pressure loss due to reduced density of the air.

With air temperature other than 20 oC - a "Temperature Compensating Coefficient" can be used to modify the pressure loss: 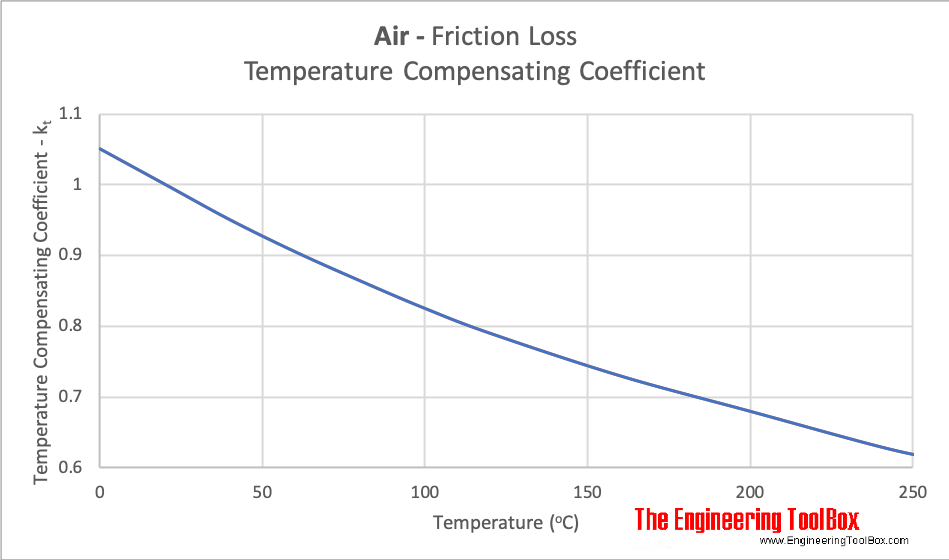 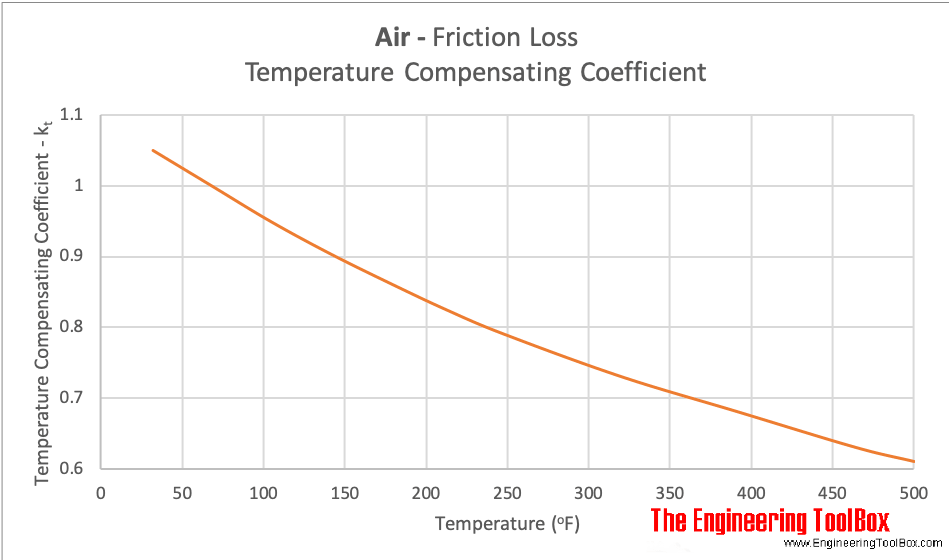 For air with temperature 100oC the "Temperature Compensating Coefficient" is approximately 0.83. So,

If the actual pressure differ from atmospheric pressure (1 bar abs) - friction loss in air ducts should be compensated with a "Pressure Compensating Coefficient":

The "Pressure Compensating Coefficient" can be estimated for various pressures from the diagram below: