The alternating current In an AC circuit is generated by a sinusoidal voltage source.

Currents in circuits with pure resistive, capacitive or inductive loads.

Umax = maximal voltage at the amplitude of the sinusoidal wave (V)

Note that the specific angular frequency - ω - is not explicitly used in the phasor expression.

Imax = maximal current at the amplitude of the sinusoidal wave (A)

Note that the frequency of most AC systems are fixed - like 60 Hz in North America and 50 Hz in most of the rest of the world.

The angular frequency for North America is

For a resistance load in an AC circuit the voltage is in phase with the current.

For an inductive load the current in an AC circuit is π/2 (90o) phase after the voltage (or voltage before the current).

For a capacitive load the current in an AC circuit leads the voltage by π/2 (90o) phase.

In a real electrical circuit there is a mix of resistive, capacitive and inductive loads with a voltage/current phase shift in the range -π/2 <= φ <= π/2 as illustrated in the figure below.

The current in a "real" circuit with a mix of resistive, inductive and capacitive loads. φ is the phase angle between the current and the voltage.

Ohm's law for complex alternating current can be expressed as

Iz = current through the load (ampere, A)

The impedance in an AC circuit can be regarded as complex resistance. The impedance acts as a frequency dependent resistor where the resistance is a function of the frequency of the sinusoidal excitation.

The resulting impedance for impedances in series can be expressed as

The resulting impedance for impedances in parallel can be expressed as

Admittance is the inverted impedance

The RMS value is the effective value of a sinusoidal voltage or current.

RMS - Root Mean Square - or effective voltage can be expressed as

RMS - Root Mean Square - or effective current can be expressed as

In an AC three phase system the voltage can be delivered between the lines and the neutral (phase potential), or between the lines (line potential). The resulting voltages for two common systems - the European 400/230V and the North American 208/120V system are indicated for one period in the figures below. 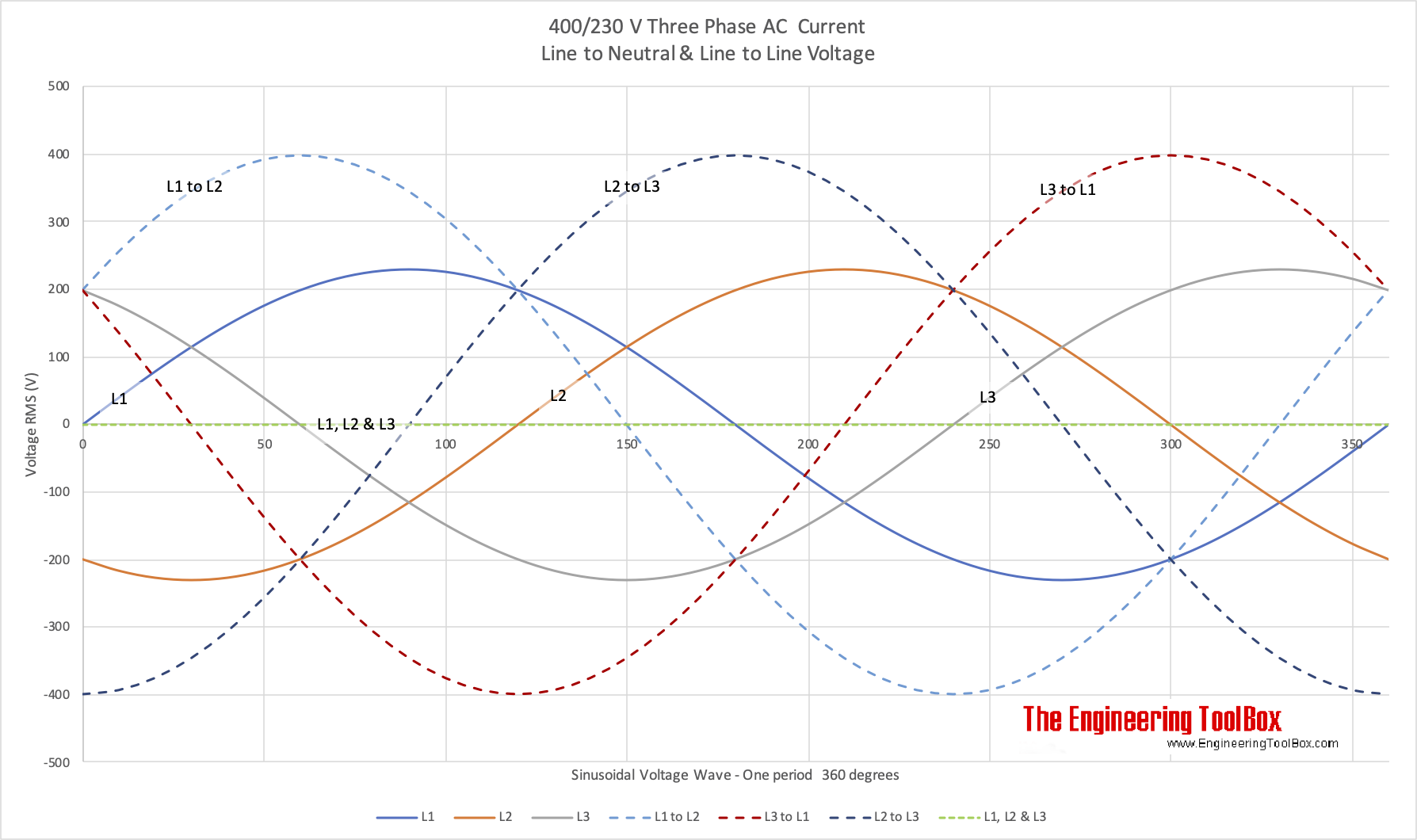 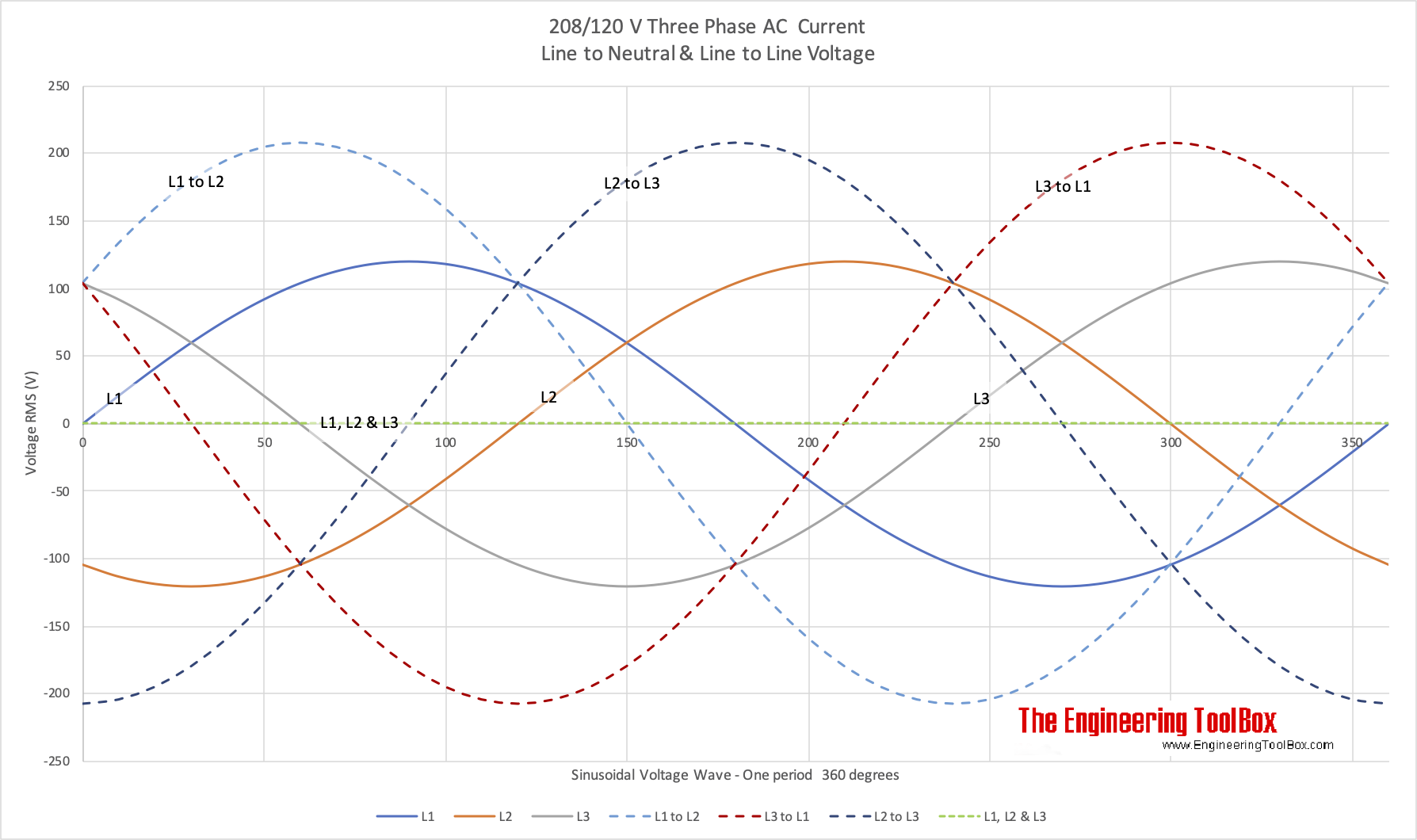 φ = the phase angle between the current and the voltage (rad, degrees)

Cos φ is also called the Power Factor.

Reactive power in the circuit can be calculated as