Heat transfer through radiation takes place in form of electromagnetic waves mainly in the infrared region. Radiation emitted by a body is a consequence of thermal agitation of its composing molecules. Radiation heat transfer can be described by reference to the 'black body'. 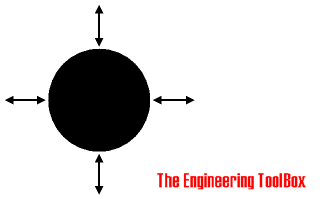 The black body is defined as a body that absorbs all radiation that falls on its surface. Actual black bodies don't exist in nature - though its characteristics are approximated by a hole in a box filled with highly absorptive material. The emission spectrum of such a black body was first fully described by Max Planck.

A black body is a hypothetical body that completely absorbs all wavelengths of thermal radiation incident on it. Such bodies do not reflect light, and therefore appear black if their temperatures are low enough so as not to be self-luminous. All black bodies heated to a given temperature emit thermal radiation.

The Stefan-Boltzmann Constant in Imperial Units 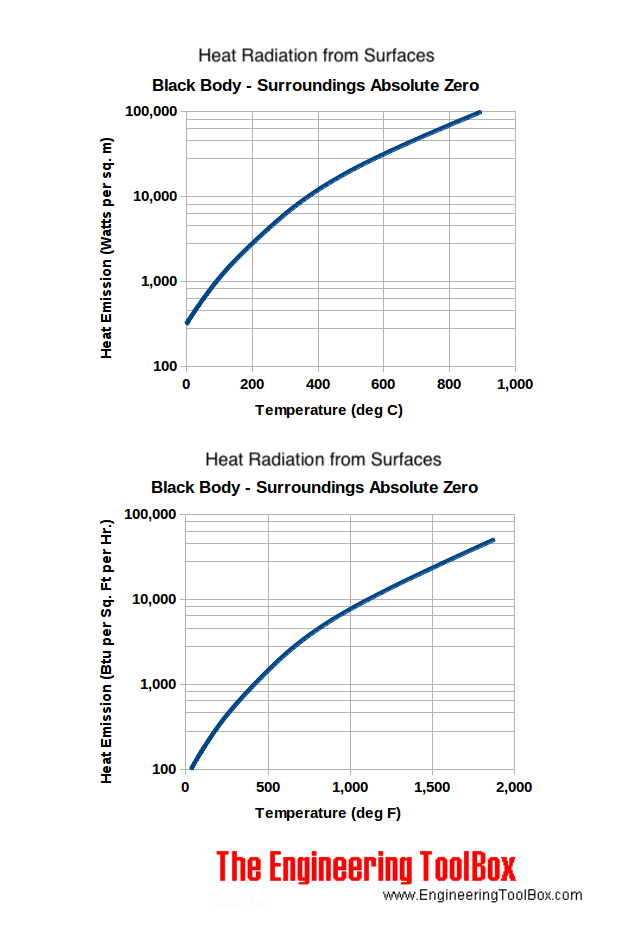 Example - Heat Radiation from the surface of the Sun 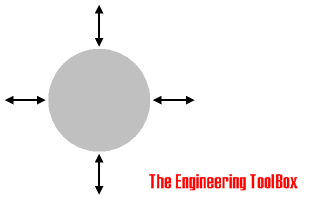 For the gray body the incident radiation (also called irradiation) is partly reflected, absorbed or transmitted. 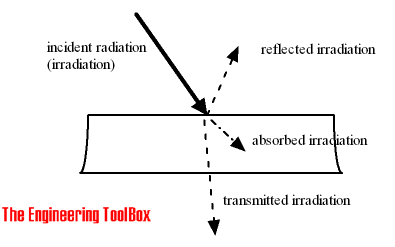 The emissivity coefficient is in the range 0 < ε < 1, depending on the type of material and the temperature of the surface.

Heat loss from a heated surface to unheated surroundings with mean radiant temperatures are indicated in the chart below. 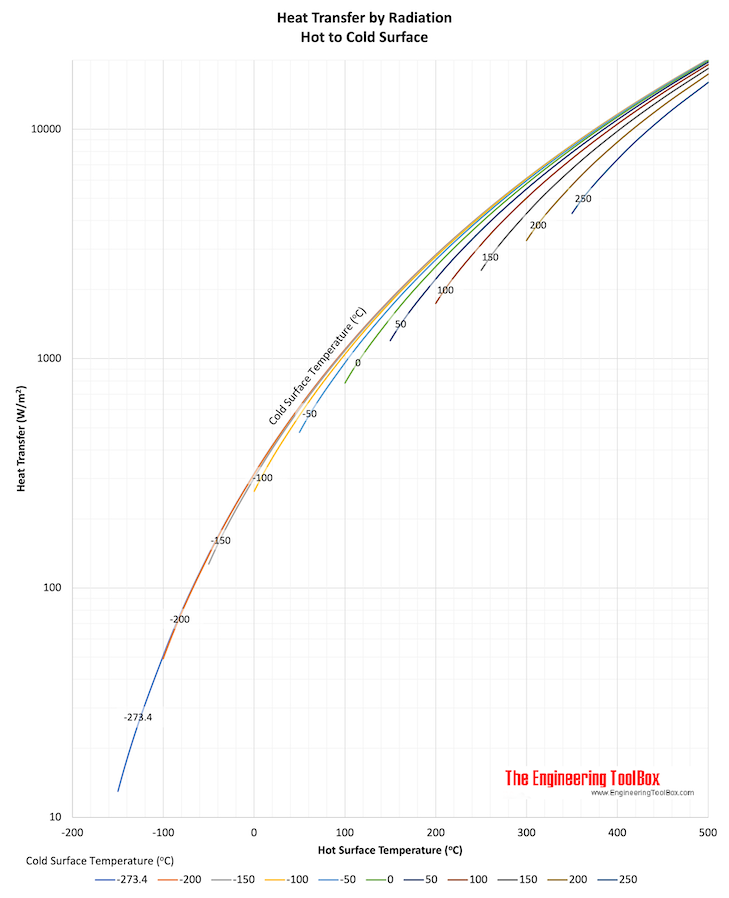 This calculator is based on equation (3) and can be used to calculate the heat radiation from a warm object to colder surroundings.

Note that the input temperatures are in degrees Celsius.

q = heat emission from the surface