There are two definitions of the friction factor

The Moody friction factor - λ (or f) - is used in the Darcy-Weisbach major loss equation. The coefficient can be estimated with the diagram below: 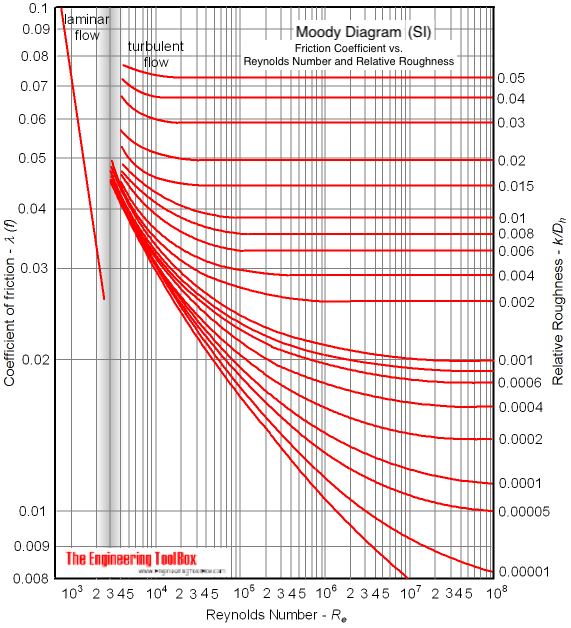 If the flow is transient - 2300 < Re < 4000 - the flow varies between laminar and turbulent flow and the friction coefiicient is not possible to determine. The friction factor can usually be interpolated between the laminar value at Re = 2300 and the turbulent value at Re = 4000.

From the diagram above, with the relative rougness and the Reynolds number - the friction factor can be estimated to aprox. 0.013.

A very nice Moody diagram in pdf-format from Glasgow College of Nautical Studies can be found here: