Distance and intermediate position between two point in a cartesian x and y coordinate system. 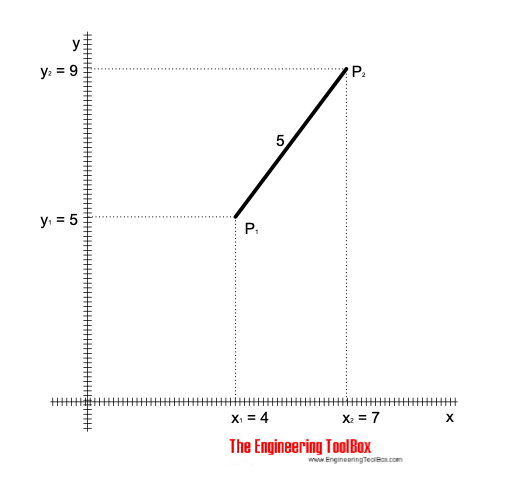 In the rectangular Cartesian coordinate system the coordinate axes are perpendicular to one another and the same unit length is chosen on the two axes.

The distance between the points can be calculated as

For the midpoint between P1 and P2: